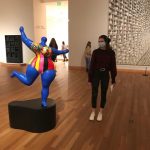 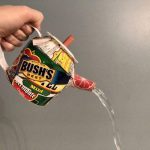 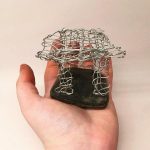 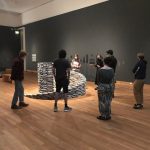 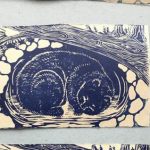 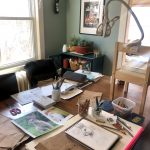 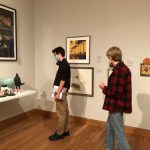 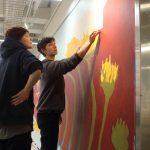 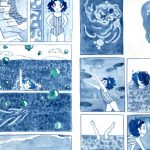 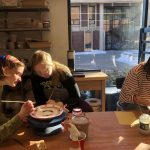 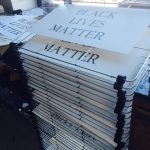 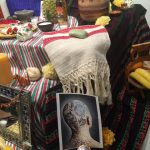 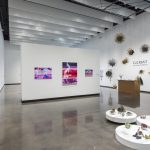 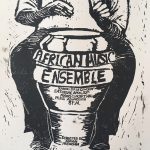 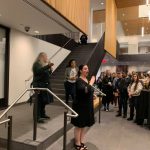 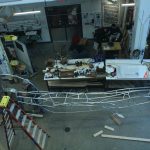 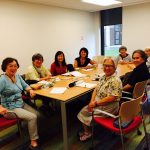 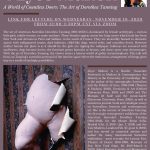 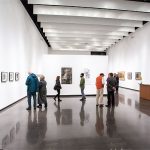 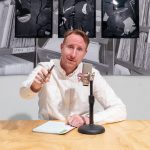 The Gary Erickson Empty Bowls event scheduled for March 29 will not take place this school year, 2020. At a later time, the planners will determine when it can be rescheduled. In the meantime, please know that community needs are larger than ever at this moment in time. We invite you to make an Empty Bowls donation to our partner, the Hallie Q. Brown Community Center, or any other cause that you find compelling right now. All donations to Hallie Q. Brown are tax deductible and support their food shelf in the Rondo neighborhood of St. Paul. 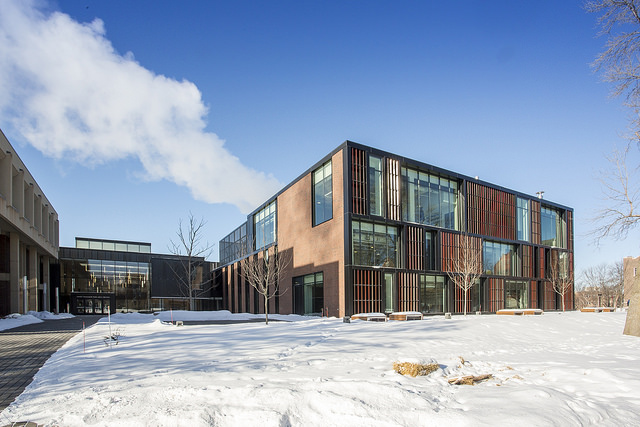 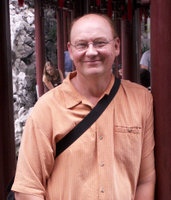 Gary Erickson, died May 17, 2016. A visiting assistant professor, he taught ceramics at Macalester from 1995-2016. He received a BA in Studio Arts from Hamline University and an MFA in Ceramics from the New York State College of Ceramics at Alfred University. His abstract ceramic sculpture was shown internationally with exhibitions at the Minneapolis Institute of Arts, Weisman Art Museum and the Galleria Oriente in Santiago de Cuba. He won an Honorable Mention in the Gyeonggi International Ceramic Biennale 2015, Icheon-si, Korea. He had solo exhibits at Minnesota State University, Mankato in 2014 and at the Jingdezhen, China, International Academy of Ceramics. He was one of 4 international ceramic artists accepted for a residency at the Taller Cultural in Santiago de Cuba. On a Freeman grant in 2007, he traveled to Sanbao Ceramic Art Institute in Jingdezhen, China and returned for several residencies there. His work is held by Renwick Gallery of the Smithsonian American Art Museum, the Weisman Art Museum, and the Cuban Institute of Friendship with the People. He received a grant from the National Endowment for the Arts, a Minnesota State Arts Board Fellowship and a McKnight Artist Fellowship. His research in China was included in the production of a teaching video about Jingdezhen porcelain.  He produced beautiful ceramic architectural tiles and pottery and maintained a working ceramics studio in Minneapolis. He also taught salsa dance classes through the Physical Education department at Macalester.

Hannah Campbell ’14, received an MFA in Furniture Design at Herron School of Art and Design, Indiana University, Indianapolis in 2017.

Anna Van Voorhis, ’14, is in the MFA program at the University of Minnesota, Minneapolis.

Legacy Russell ’08, is an associate curator of exhibitions at The Studio Museum in Harlem as of 2018.
https://www.artforum.com/news/studio-museum-in-harlem-names-legacy-russell-associate-curator-exhibitions-76161

Greg Fitz, ’99, was selected to participate in Out of Sight, a survey of contemporary art in the Pacific Northwest, August  2017.

Jen Bervin, ’92, was in the group exhibition “Explode Every Day: An Inquiry into the Phenomena of Wonder,” at Mass MOCA in 2016, with a catalog published by Prestel in 2017.  She was awarded a $24,000 Mandarin Oriental Arts Fellowship for work in Suzhou, China and was named a 2016-2017 Fellow in SETI Institute’s Artists in Research program.

The Minnesota State Arts Board awarded grants to eight Macalester alumni and two Art faculty members in 2013. Project grants are for artists at all stages of their careers, to support artistic development, nurture artistic creativity, and recognize the contributions individual artists make to the creative environment of the state of Minnesota.

Hanna Geil Neufeld ’13 and Chris Willcox participated in a show at MCAD titled Intersections, an exhibition of collaborative work between women chairs and former chairs of art and art history departments in the Twin Cities and a student of their choosing. The opening for that exhibit was held at MCAD on Jan. 20, 2013. Two panel discussion/artist talks were held and a Walker Art Center curator gave a lecture discussing the collaborative process.

Lela Pierce ’08, and Larsen Husby, ’12, were awarded international art residencies from the Soap Factory in Mpls., to go to Kultivera in Tranas, Sweden in August 2017.

Maya Aguayo Schmidt-Feng, ’14, is Associate Producer at Interactive One in Brooklyn, NY. She was a Research Intern with the Visual Arts department at the Walker Art Center.

Parker Field presented a paper at the ACTC Symposium at the Minneapolis Institute of Arts in April 2015, titled “Reflections on Tomatsu Shomei’s Atomic Bomb Damage: Wristwatch Stopped at 11:02, August 9, 1945, Nagasaki.” He is a Research Assistant with The Arshile Gorky Foundation.

Doris Zhao ’12, is a Curatorial Assistant at The Studio Museum in Harlem. She submitted an article based on her art history capstone paper entitled, “Oscar Niemeyer in São Paulo: Paulistano Antropofogia in Brazilian Modernism and Urban Design” for the Collegiate Journal of Art, an undergraduate art history journal published at Dartmouth College. She presented this paper at the Undergraduate Association of Art Historians at Indiana University in 2012.

Hilary Schroeder was an intern in the Department of Decorative Arts, Textiles, and Sculpture at the Minneapolis Institute of Arts and in Spring 2011 received an Honorable Mention in the Gateway Competition for Excellent Writing in the Humanities Division for her paper Intimate Gazes: Jacob Adriaensz Backer and the Seated Female Nude.