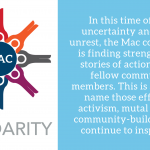 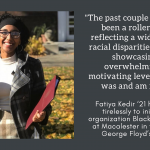 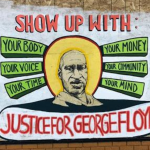 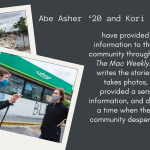 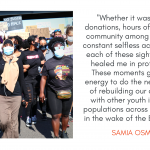 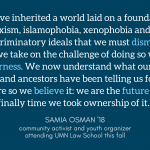 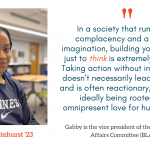 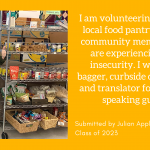 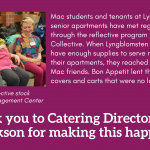 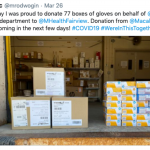 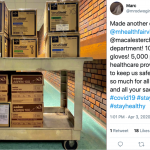 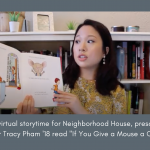 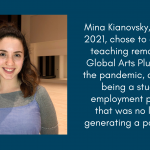 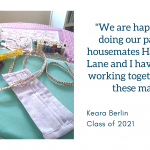 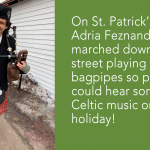 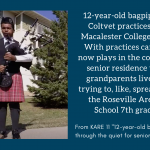 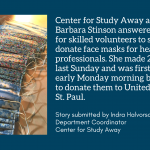 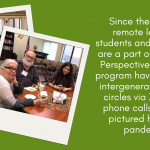 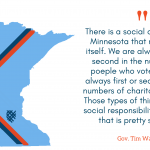 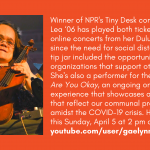 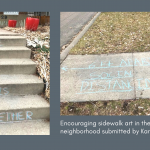 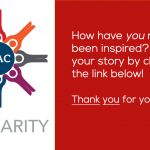 In this time of deep uncertainty and social unrest, the Mac community is finding strength from stories of action by our fellow community members.

This is a space to name and archive these efforts of activism, mutual aid, community-building or collective acts that have inspired us to keep working for transformative change. Initially focused on collective action in the midst of the Covid-19 outbreak in Minnesota, Mac Solidarity has shifted to focus on the work underway following the murder of George Floyd. As such, this current moment demands a centering of Black lives experiences, and voices. Many students may find it useful to view our community partnerships through the lens of social justice and the activism of Black Lives Matter.

Please consider submitting a story about your own work or someone you know by completing this form. We welcome photo submissions to cec@macalester.edu.

The past couple weeks have been a rollercoaster: reflecting a wide range of racial disparities as well as showcasing an overwhelming but motivating level of unity. I was and am in awe.

BLMatMac was created during the peak of the civil disrest that followed the death of George Floyd in Minneapolis. I’m so thankful to have had the opportunity to work with a range of fellow black students and a few of our allies. Our goal was to consolidate information: regarding ways protesters could stay safe, ways black students can get help and support, and ways that allies can continuously support the movement. So thankful for the results of the page. We have been able to have conversations with a wide range of students, faculty, staff, and alumni, give valuable information to over 1,000 followers, and put together a donation drive (with almost 4,000 items donated) to support our most at need students and community members around us.

I don’t consider myself an activist or organizer. I do, however, love being transparent about my background and the way it impacts my work and actions. Work regarding racism (especially the intersectionality of it) has been done before me and will exist way after me. I’m so thankful to have the privilege to feel safe and supported by fellow black students and the Macalester community; if I can do small actions to reflect that care and support back, I’m thankful. I want to continue doing work internally to better understand the systems and stories around me.

Through BLMatMac and other initiatives that have arisen during this time, many have been able to have conversations and act in a way that pushes against the status quo and protects the most vulnerable though most capable peers around us. All Black Lives Matter everyday. We hope to continue bringing the movement and conversations to Macalester. I hope everyone at Macalester can join; the work has just begun.

Kanyana Norah Ntagungira, ’22 and Sydney Peterson, ’19, are working together to provide art as a platform for social change in St. Paul. Together, the two painted a mural on the storefront of Patagonia on Summit Ave, a short block from campus. The painting depicts George Floyd’s portrait and offers onlookers the opportunity to think about how they can participate in different channels of activism and social change.

Abe Asher, ’20 and Kori Suzuki, ’21, have provided invaluable information to the Macalester community through their work for The Mac Weekly. While Asher writes stories and Suzuki takes photos, both have provided a sense of voice, information, and deep context in a time when the  community desperately needs it. Below are a sampling of Asher and Suzuki’s reporting on the movement following George Floyd’s murder:

Like every young black American of this nation, the last few weeks have been an emotional rollercoaster of frustration, disappointment, betrayal, rage, confusion, joy, hope and determination. Rage and betrayal that we were once again on the streets protesting police brutality and state-sanctioned murder committed without thought to repercussions or fear. Frustration and disappointment that even with a video depicting the lack of humanity we face every day,  people still asked for proof that racism exists or gave excuses for the actions seen. Confusion that people of this country still had to be told that black lives matter. That so many had to argue that property and profits were not more important than senseless murder. That I had to actually explain our desire for life should not constantly be policed by how politely we ask and how patient we are to those who see us as worthless, dangerous criminals. That the refusal to accept the constant hatred that underlines the foundation of this country is exactly the reason why George Floyd died and why we rather burn a city down than let our own government turn a blind eye to the massacre of black bodies. I never believed that coming to the US as an immigrant would one day be as dangerous for me as the war torn country I fled. What finally broke me was the effort it took to put into words my 7 and 8-year-old siblings would understand how we went from being refugees of one war to soldiers of another merely because of our skin color.

But in the midst of all those tears, I also felt boundless joy and hope at the unity I saw countless times throughout my community and city.  Whether it was generous donations, hours of laughter and community among volunteers or constant selfless acts of kindness, each of these sights fueled and healed me in profound ways. These moments gave me the energy to do the necessary work of rebuilding our communities with other youth in immigrant populations across the twin cities in the wake of the BLM protests.  When confronted with the fact that their communities were suffering even more after being heavily impacted by Covid-19 along with fears of violent looters, the youth of those areas took it upon themselves to rise up. They came together to start food pantries, collected thousands of dollars in donations, personally delivered aid to isolated elders and families and assigned themselves to a youth-run neighborhood watch to protect their homes. They turned to social media to bring together hundreds of volunteers every single day and made sure no one in need was left behind. Amazing work that has been largely ignored for better coverage of riots and burning buildings that were then blamed on those same youth. A sense of irony and unfairness that led many of our generation, myself included, to no longer be silent.

Overall these past few weeks have taught me so much and forever changed how I view myself in relation to this country, the future and my generation. It was the great James Baldwin that once said, “Not everything that is faced can be changed, but nothing can be changed until it is faced”. For the first time in my living memory, I can sense a palpable determination and promise to change the fundamental principles of our society.  That this will not be just another moment in time but rather the first fires of a movement–a revolution that our generation will manifest into a reality. The social media hashtags, #enoughisenough and #Icantbreathe, have always been our truth as young black Americans but it now, finally, means something to all youth across the world regardless of geography. It is as if we made a pact that we will no longer be just a generation that takes what we are given or be easily ignored when we wish to be heard. Much of that is because we are a generation that is more interconnected than ever before. We have access to tools our ancestors only dreamed of with the digital world at fingertips and thus we have a duty to use these tools to build a new perception of what a global community looks like. A community in which we must actively explore and enforce concepts like intersectionality and the past in our work and our efforts to build a world where we come together because of our differences and complex identities, not despite them. We have inherited a world laid on a foundation of racism, sexism, islamophobia, xenophobia and countless other discriminatory ideals that we must dismantle and I believe we take on the challenge of doing so with pride and eagerness. We now understand what our parents, mentors  and ancestors have been telling us for so long and more so we believe it as well: we are the future and it is finally time we took ownership of it.

My name is Gabby Whitehurst. I am in the class of 2023 and I am sitting vice-president of the Black Liberation Affairs Committee (BLAC). The aspect of activism I’m most drawn to right now would be around spirituality and education. Spirituality as in conscious introspection, not necessarily any organized religion.

What I’ve been trying to do lately is promote and create tools for radical truth-telling. Education is about learning the truth, and spirituality is rooted in seeking truth. To be able to heal as a society, we have to seek truth consciously and collectively. I think that accessibility is a huge issue when it comes to education. One, being that books, articles, database and archival access, cost a lot of money or are not available in certain areas. Two, being that the language is often hard to understand. But we’ve really been working on synthesizing information in a way that’s more practical to consume. Being a part of BLAC gives me a more specific target audience to think about as well: students. Spirituality and inner work is integral to effective learning. Spirituality is deep thinking, connecting to various sources of knowledge, which is why spirituality and learning go hand in hand. In a society that runs off of complacency and a stunted imagination, building your capacity just to think is extremely powerful.

Of course I want to engage in more concrete ways as well. Activism requires consciousness for sure, but to be conscious, people have to be alive. There’s so many different lanes of activism, a very important one being the on the ground work; protecting lives while we work on systemic change. What I like to emphasize with that type of activism, is making sure people and institutions are transparent about connecting donations and services with a larger context. Taking action without introspection doesn’t necessarily lead to growth, and is often reactionary, rather than ideally being rooted in an omnipresent love for human rights.

So my ultimate goal is to create a culture of healing at Macalester, hopefully that students will bring into their lives and families outside of school. I want the trauma to end with this generation.