Join local actors and educators for a discussion about the upcoming play at the Gremlin Theatre (and produced by Frank Theatre) Escaped Alone (Sept. 6-29). At this event, actors will read scenes from the play and then discuss with the audience, tying in current events, personal values and narratives. Escaped Alone was written by Caryl Churchill. It’s a light-on-its-feet, elliptical view of the apocalypse. It foresees that when we are poisoned by chemical leaks, private patients will be able to buy gas masks in assorted colors. That when a wind developed by property developers starts turning heads inside out, the army will fire nets to catch flying cars. The action of the play evolves around four women in their seventies drinking tea and talking about the end of the world by unleashing their secret selves. The play asks us why isn’t the current environmental collapse enough for you to take real action? When are you responsible for the world we live in? What would it take for you to change the path in your life?

This discussion is part of On Stage, an organization that brings local actors to college classrooms around the Twin Cities to help enhance in-class learning, to make local theater relevant to younger and non-traditional audiences, and to lay the groundwork for building a future theater audience.

This EnviroThursday is co-sponsored by the Environmental Studies and Theater and Dance Departments.

Dawn Sumner is a member of NASA’s Mars Science Laboratory and will talk about her work helping the rover Curiosity explore ancient environments in Gale Crater on Mars.

Dawn Sumner’s research focuses on reconstructing ancient environments on early Earth and Mars and the early evolution of bacteria, including the origin of oxygenic photosynthesis. Her group studies everything from the environmental settings, geochemistry and morphology of Archean microbialites to the morphology, climate response, and genomics of modern microbial communities growing in ice-covered Antarctic lakes to the stratigraphy and geochemistry of sedimentary rocks on Mars. Sumner is a member of NASA’s Mars Science Laboratory, helping the rover Curiosity explore ancient environments in Gale Crater on Mars. She regularly shares her research and adventures with the public. Dr. Sumner is dedicated to helping students of all backgrounds prepare for careers in science as well as to creating educational and work environments that are inclusive and supportive, including through the use of feminist research and theory. 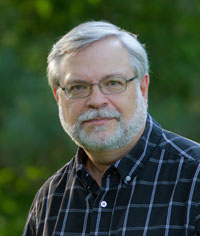 Stretching from northern Minnesota to the Gulf of Mexico the upper Mississippi River is bounded by northern mixed forests, eastern deciduous forests, floodplain forests, and western tallgrass prairies. This rich environment hosts an enormous diversity of wildlife, but that hasn’t always been the case. The river, heavily polluted in the early 1900s, lost its fish, birds were uncommon, and most mammals were missing from the landscape.

The Mississippi River of today is much different than the polluted and impoverished river of a few decades ago. While the river faces emerging challenges, its water and air are cleaner, and we have developed a greater appreciation and tolerance for the wild neighbors which have returned to its waters and shorelines. The photographs of this exhibit capture complex lives poorly in split-second increments but will, hopefully, call us to enjoy the life of this great river in person while prompting us to work to ensure its further recovery.

Gordon Dietzman describes himself as a “curious photographer/naturalist” interested in wildlife, science, and art. He holds a degree in Interdisciplinary Studies (emphasis in environmental interpretation) from the University of Wisconsin. He is currently employed by the National Park Service but also has worked in agriculture, environmental education, the conservation of endangered species, and engineering. His photographic and employment focus is on the upper Mississippi River basin, but he has photographed wildlife and wild landscapes across North America and Southeast Asia.

“The Climate Crisis Affects Me and You:  The Intersections of Climate Activism with Isra Hirsi”
Speaker:  Isra Hirsi, Co-Founder and Co-Director for the Youth Climate Strike

Isra Hirsi will speak on her motivations and experiences as an intersectional climate activist. Isra is currently a high school student in Minneapolis and driving forward national and international discussions on climate activism. She garners widespread media coverage, including recent profiles and interviews with Vice, AJ+, The Root, Nature, Democracy Now!, Grist, and Essence. She recently spoke at the Climate Strike at the Minnesota state capitol on September 20, and will bring her cross-cutting insight on environmental and climate justice. 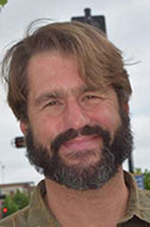 “If You Had 90 Seconds to Say Something to the World, What Would You Say?”
Speaker:  Chris Fink, Professor of English, Beloit College

In the increasingly shrill media environment, what role does story-telling play in environmental studies? Can quiet personal stories still be heard among the louder voices? Can they nudge people toward a fuller participation with the outside? Fink, who has published two books of fiction and has also told stories on stage, will discuss his own personal story-telling approach in this newer, condensed medium, and he’ll share some of his radio essays. In the summer, Fink teaches a class called “Writing Wilderness” in Minnesota’s boundary waters, the setting for a few of these minorpieces. He’ll also talk about this class—and the Coe Wilderness Field Station—which is popular with ACM students.

Fiction writer Chris Fink has been writing monthly 90-second radio essays for NPR for the last three years. These essays, which he calls minorpieces, explore intersections between the self and the environment.

Arctic lakes are changing rapidly, making them key indicators of the effects of climate change on contemporary ecosystems. Of equal importance, Arctic lakes can preserve geologic records in their sediments that detail past climate changes and human use of the landscape. Prof. Longo will talk about Lake E5 in Northern Alaska and the history recorded by “molecular fossils” stored in its 30,000-year sediment record. Investigations of Lake E5 provide new context for the temperature trends observed in global climate models and they help to date the peopling of Northwestern North America.

Will Longo is a limnologist and geochemist interested in how climate and human-induced perturbations affect the functioning of lakes. He concurrently uses the sedimentary records of lakes to reconstruct past changes in climate and biogeochemistry on seasonal to glacial-interglacial timescales. He primarily uses organic molecules preserved in sediments to carry out these investigations in environments ranging from Arctic Alaska, to coastal Massachusetts, to the Indonesian Tropics.

Terrestrial ecosystems are experiencing two related global change impacts – climate change and widespread land-use/land-cover change, much of which is driven by agricultural expansion and management. As global change continues, determining how to utilize dynamic landscapes while minimizing ecological disruption will be key to sustainability. This seminar investigates two case studies in order to ask the question: how will terrestrial global change impact ecosystems? We’ll first discuss the ecological consequences of agriculture in the Amazon rainforest, and subsequently explore how two severe climate change-driven events, the historic 2015 Caribbean drought and 2017’s Hurricane Maria, impacted a wet tropical forest in Puerto Rico.

Christine Sierra O’Connell is an ecosystem ecologist who has worked in tropical ecosystems studying global change for over a decade. Additionally, Christine is the newest faculty member in the Environmental Studies department, and during her seminar will highlight future research plans – including opportunities for collaboration with Mac students! – and some of the courses that she will be teaching this year and next.

Tropical regions have been subject to various human interventions and have recently started to exhibit changes in response to changes in climate. This talk will explore changes in vegetation and land-cover at local and regional scales in Ecuador. At regional scales, long-term and seasonal changes of vegetation were evaluated using data derived from satellite images between 1982 and 2010. Results indicate significant greening overall after the mid ‘90s, but with distinct seasonal and regional variations. More locally, he will evaluated changes in forest cover in a highly fragmented landscape in coastal Ecuador and the ramifications of these changes for biodiversity. Results indicate continuous deforestation in costal Ecuador between 1990 and 2015 with negative impact for most, but not all, tree species. This research contributes to the understanding of tropical vegetation change in a rapidly changing environment.

Xavier Haro-Carrión is a land-change scientist interested in evaluating changes in vegetation at different temporal and spatial scales using remote sensing techniques. His geographic focus of expertise is Latin America, in particular Ecuador. At regional scales, he is investigating changes in vegetation greenness in continental Ecuador between 1982-2010. At local spatial scales, he is evaluating land-cover in coastal Ecuador and the ramifications of these changes for biodiversity. He has a PhD in Interdisciplinary Ecology with a concentration in Geography and a M.Sc. in Botany from the University of Florida. He is teaching introductory and advanced courses in remote sensing and courses about Latin America.

This EnviroThursday is co-sponsored by the Environmental Studies, Geography, and Latin American Studies Departments.