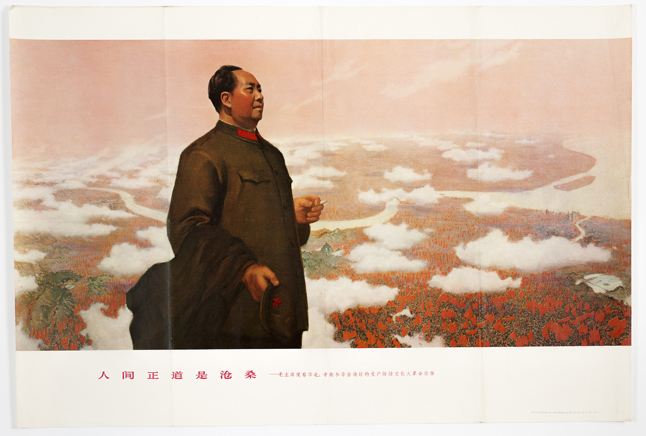 A Sea of Change: Chinese Modern Ephemera from the Collection of Richard Bodman and Hongyuan Lang

A Sea of Change features ephemera from China and Mongolia, collected by Hongyuan Lang and Richard Bodman, Professor Emeritus of Chinese and Asian Studies at St. Olaf College, over approximately four decades. This exhibit builds on their private collection and works they gave to Flaten Art Museum, St. Olaf College in 2010 as well as the subsequent 2013 exhibit Mixed Messages: Twentieth Century Chinese Prints, curated by Prof. Karil Kucera. Mixed Messages and now A Sea of Change highlight the historical and artistic richness of the Bodman-Lang collection.The ephemeral media featured in A Sea of Change provide a glimpse into the myriad artistic practices that transformed the cultural landscape of China since the turn of the 20th century. Ranging from slick commodities to icons of political propaganda, these works exemplify how art and media contributed to the dramatic social and political changes that occurred over the last 100 years. Moreover, they point to the close relationship between the development of mass media and modern fine art practices in China, both in the past and in the post-millennium. Through this exhibition and supporting events, including a gallery talk with collector Richard Bodman and artist Liu Zhenxiong and a lecture by noted art historian Julia Andrews, the exhibit organizers hope to prompt a conversation about shifting cultural and artistic value systems in China and how these works’ meaning transforms when they become part of a collection.

Events accompanying A Sea of Change: