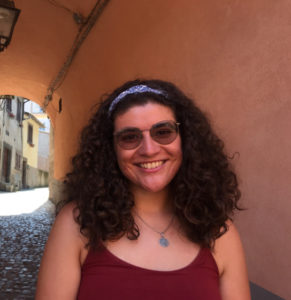 Project: For my Mellon Mays project, I will synthesize my interests in early Islamic mystical thought with key anthropological texts that develop understandings of self-cultivation through ritual, practice, and discipline. Specifically, I plan on focusing on the figure of Qushayri (d. 1074), his treatise, Al-Risāla al-Qushayriyya, and his Quranic commentary, Laṭāʾif al-ishārāt. Qushayri’s body of work engages with how one reflects on and realizes God’s immanent presence through corporeal forms of knowledge, perception, and time. I am interested in how his texts, in addition to the Quran and Hadith, stress the importance of the sensory body throughout the development of a mystical ascetic knowledge. This project will engage with the field of Islamic virtue ethics, moral self-creation and disciplining. I plan on incorporating my readings of key texts in the anthropology of Islam (Mahmood, Hirschkind, Mittermaier) and asking to what extent can we trace a unified vocabulary between Qushayri’s treatise and the interlocutors in ethnographies of contemporary practices within the Islamic Revival? This inquiry will demonstrate how “Muslim moral lives are incoherent, ambivalent, and fragmented” (Schielke), and anthropological projects devoted to complicating the lived realities of spiritual self-cultivation deepen the possibilities and while also grouding the limitations of Qushayri’s work. 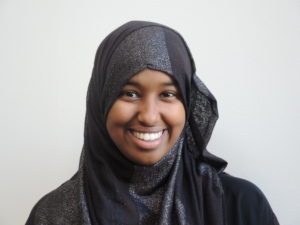 This paper discusses historical and contemporary resistant practices, specifically opposing the polio vaccine, in the three endemic countries. Polio eradication has been a global public health goal for decades, thus, I explore the causes that make polio a difficult disease to eradicate. My project focuses on three main questions: How are the legacies of colonialism present in the remaining polio-endemic countries? How have extremists groups within the three countries limited and/or banned the polio vaccine, and how does this affect global polio eradication goals? My projects also grapple with the complexities of eradication in these regions experiencing conflict and discusses the importance of why polio eradication matters. 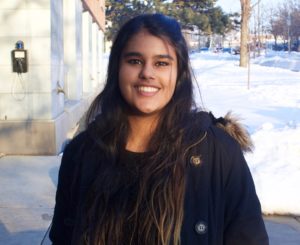 Project: Within the political, religious, and ideological restructuring following the 1947 partition of British India, both India and Pakistan experienced national trauma on an unprecedented scale. Mass violence and chaos pervaded both countries, leaving millions displaced, and this violence has continued to materialize in postcolonial spaces of religious and political conflict. Women in particular have experienced an incomprehensible level of assault, mutilation, and oppression. In this paper, I examine the lasting effects of partition violence on women living in post-partition India and consider the role of postcolonial Hindu nationalism in producing gendered communal violence. Focusing on feminist visual languages, I closely analyze select works from Nalini Malani, a contemporary Indian artist who visually critiques dominant state narratives that simultaneously perpetuate and silence these subaltern histories of violence. Through videos, installations, and large-scale drawings, Malani utilizes mythical female protagonists, namely the Greek heroine Medea and the Hindu Goddess Sita, to visually comprehend national trauma. In intertwining multiple mythologies to construct transnational narratives of postcolonial feminist liberation, Malani resists the monolithic fundamentalist movements proliferating post-partition India and provides a radical space of visibility and healing for these silenced women. 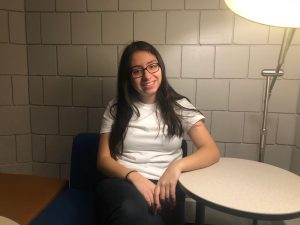 Title: The History of Sanctuary Churches and The Representations of Migrants

Project: While the work of immigrant rights organizations is often underreported, the involvement of places of worship in the current New Sanctuary Movement (and in the US Immigrant Rights Movement in general) tends to be completely overlooked. Recently sanctuary congregations have received greater media attention and yet these congregations are nothing new. The New Sanctuary Movement (NSM) of today, for example, is influenced by its predecessor, the Sanctuary Movement (SM) and has both a historical and theological basis. A better understanding of the historical trajectory from the SM to the NSM and how churches have framed their own involvement through the trajectory of these ideas helps us understand the way undocumented individuals have been perceived. Ultimately, this research points to the limits of and tries to decenter the frameworks imposed by movement institutions and tries to examine the ways migrants frame themselves. In relation to this possibility, I will address issues of self-representation, ally-ship and advocacy. 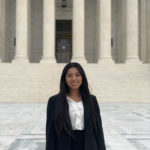 Project: Ethnographies on undocumented students mainly focus on the negative impacts that undocumentation has. The common narrative is that legality negatively impacts children as they grow up and encounter their status as a barrier to live freely. Undocumented women, specifically, continue to play a central role in maintaining community, taking an emotional toll in their families and schools. However, newer generations have used their status as empowerment to climb the social hierarchy and pursue a career. Undocumented students are no longer hiding in the shadows. My research focuses on how undocumented immigrants take advantage of their status to empower themselves to go into a system where they feel like they do not belong.

How does documentation impact the way undocumented students make decisions and understand their own lives academically, socially, and emotionally? How do undocumented women navigate higher academia despite their responsibilities with their families? Despite the harsh circumstances undocumented students face, how do they use their status and their migration story as motivation to succeed?

Through a form of feminist auto-ethnography, I hope to not only help make higher education navigable for more undocumented students but also to shed light on the resources necessary to support them. 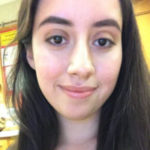 Title: Rethinking Development: A Case Study of Mano a Mano

Project: Since the Cold War Period, “development” has become a multi-billion-dollar industry. Thousands of interventions have been carried out in the name of development, often with ulterior political purposes, that have left millions of people around the world in worse conditions than before. Within anthropology, two critiques of development have emerged. Some criticize it on the basis that it imposes a teleological path with European standards as the end goal upon people throughout the world regardless of their unique social, political, and economic contexts. This view holds that development practice and integration into the capitalist world-market will lead to further worsening of living conditions. On the other hand, there are those who believe that these interventions are simply misguided with the help of scholarly oversight, by one familiar with the social, political, and economic contexts of the “community,” NGO’s could effect successful development and lead to a genuine improvement in people’s lives. This work looks at Mano a Mano, a development NGO that works with rural Bolivian communities to build clinics, schools, roads, and agricultural projects. Founded by a Bolivian man who is from a village like the ones the organization works, this organization works in partnership with the people through a unique community-based model. Through an institutional ethnography, this project will assess the viability of Mana a Mano as a model for successful development. 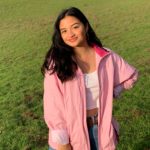 Project: With over 300 years of Spanish colonization followed by US occupation after the Spanish-American War, the ramifications of colonialism has had lasting effects on the Filipinx identity. Whether it be living in the Philippines, the United States, or somewhere among the diaspora, Filipinxs face an internal conflict in understanding the fragments of their ancestry within different contexts. As a result, I am drawn to study what identity construction looks like for Filipinx-identifying womxn in the United States. By using colonialism as a framework, I hope to understand its role in fragmenting both the Filipinx and the woman. However, my research will use colonialism as a way to understand historical context and then apply it to how present-day womxn reclaim their narratives and move through the world. Through a series of ethnographic interviews, I will begin my research by interviewing Filipinx domestic caregivers.

Although the focus of my research is on Filipinas, the purpose behind it is to uplift the Filipinx community as a whole. The issues that affect Pinays are community issues. It is important that my work critically engages with the intersecting identities that Filipina womxn hold so that Pinays and their stories are humanized. Through analyzing the effects of internalized colonization, I hope to better understand how Pinays cope and reconstruct who they are. Ultimately, I am drawn to study Pinay identity construction because at the intersection of colonization, Filipino struggle, and empowerment, Filipina womxn are finally seen and heard.

Title: “What Does It Mean to Be Hmong?”: Identities Among the Generations

Project: For Hmong people growing up in America, questions such as “Who are Hmong?” and “Where are you from?” raise many complex issues. Hmong people are part of a diasporic community that is dispersed throughout the world with no nationally circumscribed homeland. School curriculums in the US offer nothing with regard to Hmong history or culture and the scholarship that has been produced on these topics has largely been written by non-Hmong scholars. This work will discuss the complexities of identities that Hmong people living in America face, with particular attention to the experiences of different generations of Hmong post-relocation due to the Secret War.