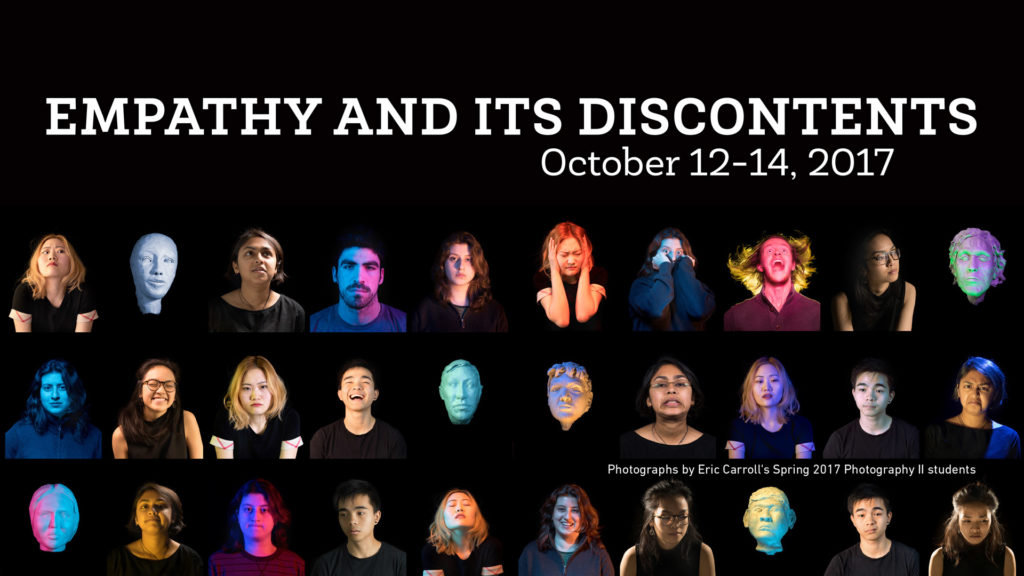 Empathy and Its Discontents

Our modern concept of empathy first emerged in the early nineteenth century as a matter of aesthetic philosophy. The idea of “feeling oneself into” a work of art quickly developed into a powerful social-scientific category with wide-ranging applications. Today, the international conversation about empathy is urgent and divisive. The idea is championed and challenged in equal measure by neuroscientists, human rights activists, arts critics, psychologists, philosophers, and commentators from many other fields. This roundtable seeks to bring these sometimes collaborative, sometimes conflicting perspectives together in one place.

Our discussions will raise essential questions about the role of empathy in human relations. What motivates our concern for the suffering of distant strangers? To what extent, and by what means, does art enable us to forge connections with others? What are the limits and risks of the empathetic impulse? And finally, what is the future of empathy in a world facing unprecedented ecological, technological, and political threats?

Paul Bloom is the Brooks and Suzanne Ragen Professor of Psychology and Cognitive Science at Yale University.

Aminatta Forna is an acclaimed novelist and memoirist. Forna is currently a Lannan Visiting Chair at Georgetown University in Washington, D.C.

Wing Young Huie a photographer, for over 30 years Wing has captured the complex cultural realities of American society.

Patience Zalanga a photographer documenting the Movement for Black Lives.