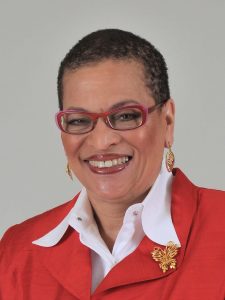 Malveaux is an economist and public intellectual known for her incisive commentary on race, gender, labor, and the economy. Her writing has appeared in numerous publications.

The address will consider the hard truths of the nation’s economic failure and will issue a call-to-arms for change.

Held every February during Black History Month, the conference brings internationally renowned scholars to campus to present their work and engage with faculty, staff, students, alumni and Twin Cities’ residents.