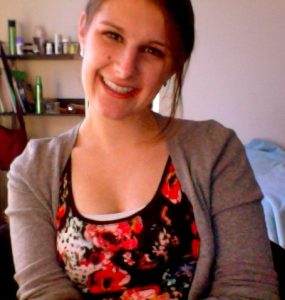 Established in 1959, the Danish Institute for Study Abroad (DIS) is a government-recognized, study abroad program.  At DIS, study abroad is not solely about academics.  It is about providing a one-of-a-kind opportunity for students to experience new situations and build and develop leadership skills for a globalized world.  Since 1995, Macalester College has sent 113 students to DIS.

For her award, Higgs wrote about the cultural role of alcohol in the Danish context for her independent anthropological field research.

On her first day in Denmark, she was on a very early bus when she saw several Danes drinking Carlsberg beer on their way to work. She thought it was a rare occurrence and didn’t give it much thought.

“But then I started to realize, that drinking beer early in the morning, or anytime for that matter, was not a rare event,” said Higgs.  “I became curious about this phenomenon and decided to devote my independent research class to this intrigue. Over the course of the semester, I conducted dozens of ethnographic interviews with Danes of all ages and socioeconomic statuses. At the end of the semester, I wrote a paper about the trends that I saw across these interviews.”

DIS helps their students become true global citizens, with an understanding of other cultures and the ability to make informed decisions. They offer intense immersion in Danish society and culture, be it through housing options or classes that reflect global and local trends.

“Being recognized for my hard work and my commitment to Anthropology means the world to me,” said Higgs.  “When I left for Denmark in August 2011, it was the first time I had ever been out of the United States. The fact that I not only was able to successfully live and thrive in a foreign country, but also be recognized for my accomplishments drives me and gives me so much more confidence in myself.”