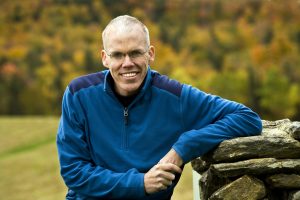 St. Paul, Minn.  —  Bill McKibben, one of the nation’s best-known environmental journalists and an expert on global warming, will visit the University of St. Thomas and Macalester College Feb. 20 and 21 for a series of lectures and programs titled “Celebrating and Preserving Winter: Responding to Climate Change in Minnesota and Wisconsin.”

2012 is now in the record books as the warmest ever for the lower 48 states; the Twin Cities, meanwhile, saw a virtual tie for its warmest year on record.

“Minnesota and Wisconsin are the third- and fourth-fastest warming states in the country, partly because of lack of snow cover during the winter,” said Paul Thompson, director and co-founder of Edina-based Cool Planet, one of the sponsors of McKibben’s visit to the Twin Cities. “We cannot continue to think of climate change as a problem down the road. Future generations are depending on us to take the actions necessary now to move in the direction of a sustainable, renewable and clean-energy future.”

McKibben, of Ripton, Vt., is author of a dozen books about the environment, including Eaarth, Deep Economy and The End of Nature. He is the founder of 350.org, a grassroots organization that has coordinated 15,000 rallies in 189 countries since 2009. He was called “the planet’s best green journalist” by Time magazine and “probably the country’s most important environmentalist” by the Boston Globe.  He holds a dozen honorary degrees and in 2011 was elected a fellow of the American Academy of Arts and Sciences.

He also is a seasoned cross-country skier and will join 10,000 skiers from throughout the world in the 40th annual, 54-kilometer American Birkebeiner from Cable, Wis., to Hayward, Wis., on Saturday, Feb. 23.

Both talks are free and open to the public.

Also at St. Thomas on Wednesday, Feb. 20, a poster session on sustainability research conducted by St. Thomas students will be displayed all day in Campus Way on the second floor of Anderson Student Center. A resource and information fair will run from 5 to 7 p.m. in the third-floor atrium of Woulfe Alumni Hall.

Also at Macalester, at 2:30 p.m. Thursday, Feb. 21, cross-country skiers will ski across the Macalester campus, starting from the Weyerhaeuser Memorial Chapel, as a send-off for McKibben as he departs for the Birkebeiner.

Students at St. Thomas and Macalester are invited to enter a “What I Love About Winter” video contest in connection with McKibben’s visit. For details, see: https://sites.google.com/site/wintervideocontest/.  Students also can fill out a “What I Love About Winter” card that can be picked up at the Tommie Central information desk in the main lobby of Anderson Student Center.

McKibben’s books will be available for purchase and signing at both lectures.

In addition to Cool Plant, McKibben’s visit is sponsored by MN350.org and Minnesota Interfaith Power and Light.