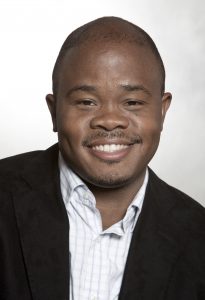 St. Paul, Minn. – This weekend, February 23-24, Macalester is hosting a conference designed to bring together a diverse group of student leaders from colleges throughout the United States to serve as a launching pad for their individual projects. The conference is inspired by the 50th Anniversary of the United World College movement. For more information, go to Connect+ Schedule.

The conference begins Saturday, February 23, at 9 am with workshops and discussions and that night, Macalester 1999 alumnus Fred Swaniker will give the public keynote address, “The Moment of Obligation- Fulfilling Your Destiny as a Leader.”  Swaniker, founder and CEO of the African Leadership Academy, World Economic Forum Young Global Leader, and Macalester’s 2009 Young Alumni Award winner, will speak at 7 p.m. in Kagin Commons, Alexander G. Hill Ballroom.  Swaniker’s talk will be webstreamed live.

Sunday, February 24, the Macalester Connect+ Leadership Conference and World Economic Forum Global Shapers Panel will present: “Leadership in Action: DAY#1,” which begins at 10:45 a.m. in Weyerhaeuser Boardroom. The panel discussion will also be webstreamed live and open to the public.

The Global Shapers Community is a worldwide network of Hubs developed and led by promising young leaders who want to build on their achievements and entrepreneurial drive to make a positive contribution to their communities. It is an initiative of the World Economic Forum and is independent, neutral, non-political and not for profit.