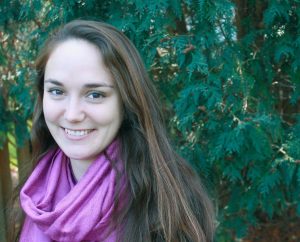 Gowland’s paper, “No Boys/Girls Allowed: How Public Schools Respond to Uncertainty Regarding Single-Gender Education,” analyzed how public schools respond to the legal ambiguities surrounding single-gender education. In the past few decades, public education single-gender schools and programs have expanded. In 2006, the U.S. Department of Education amended Title IX to explicitly allow for single-gender programs, but judges are still shutting down schools for non-compliance with specific requirements.

For her project, Gowland conducted interviews with district superintendents and school administrators from around the country. She found that schools implement single-gender programs to address concrete, localized concerns (such as concern about student behavior) rather than advance the types of far-reaching goals that advocates of single-gender education promote. Gowland also found that school administrators actively seek out other single-gender programs to emulate and heavily rely on the existence of other programs in their decision to create such a program at their own school. Yet, in this process, administrators pay relatively little attention to the legal issues, a finding that challenges perspectives that give primary emphasis to the effects of law. Gowland hopes that a clearer understanding of this decision-making process will help school administrators and policy makers in their quest to improve the American public education system.

Gowland will receive her prize and present her paper at the Annual Meeting of the Midwest Sociological Society in Chicago this March.

The Midwest Sociological Society, founded in 1936, is a professional organization of academic and applied sociologists as well as students of the discipline. While the MSS membership areas formally includes nine states – Illinois, Missouri, Wisconsin, Iowa, Nebraska, Minnesota, Kansas, South Dakota and North Dakota – more than one-third of the members are from other parts of the nation and the world.