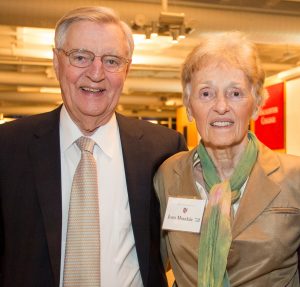 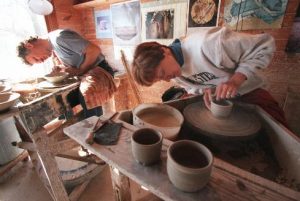 St. Paul, Minn. – The Macalester College Board of Trustees has unanimously approved naming the new Studio Art building on campus after alumna Joan Mondale.  The building will be officially called the “Joan Adams Mondale Hall of Studio Art.”  Mondale graduated from Macalester in 1952.  The trustees approved the naming last month.

“We are thrilled by Macalester College’s decision to honor Joan Mondale’s lifetime devotion to Macalester and to the arts,” said former Vice President Walter Mondale.  “This decision perfectly fits her years at Macalester, what Macalester meant to her, the role of her family and the years she spent on the Macalester Board and the other ways she remained deeply involved in the life of Macalester College. The Adams – Mondale family is profoundly grateful that Macalester is naming this magnificent center and Hall of Studio Art in her honor.”

The Studio Art renovation and expansion includes spaces that are larger, more modern, and more flexible than was previously the case, allowing faculty members and students to work together under the same roof for the first time in many years.

“It’s fitting to name our new Studio Art building after Joan, a life-long advocate for both the arts and Macalester College,” said Macalester President Brian Rosenberg.  “Joan combined both passions when, as a trustee, she suggested setting aside one percent of construction project budgets to be used for public art on campus. As a result, the Joan Adams Mondale Hall of Studio Art is filled with sculpture, drawing, painting, printmaking and ceramics, all forms of art that she loved.”

Macalester College, founded in 1874, is a national liberal arts college with a full-time enrollment of 2,011 students. Macalester is nationally recognized for its long-standing commitment to academic excellence, internationalism, multiculturalism, and civic engagement. Learn more at macalester.edu.