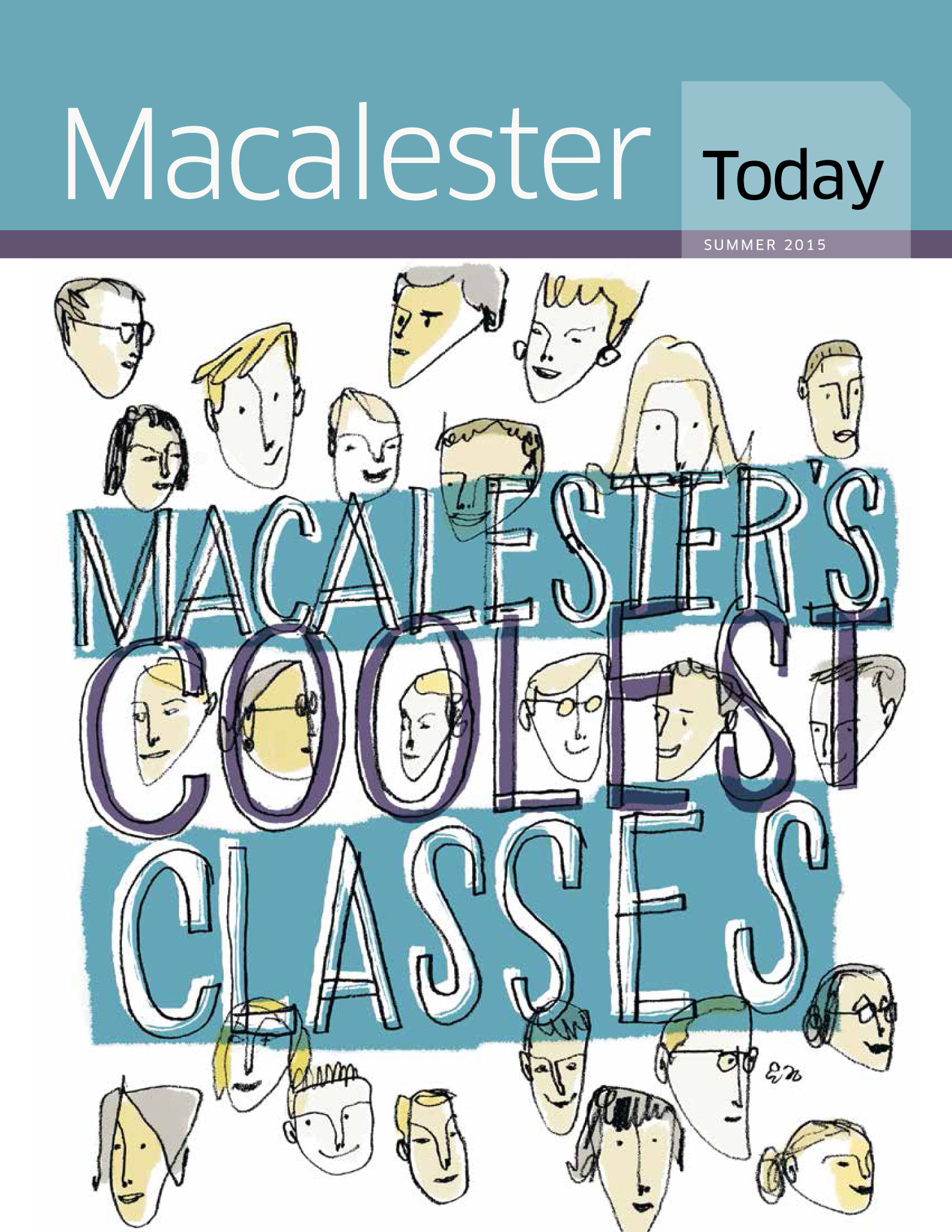 Brian Miller ’02 has followed his passion for Irish traditional music around the world and all the way back home.

BY ANDY STEINER ’90 > PHOTO BY DARIN BACK

On his first night in Ireland during his junior year abroad, Brian Miller ’02 walked into a pub with a guitar on his back and took a seat near a group of traditional session musicians. Like the centuries old reels, jigs, and airs that are passed down in this aural tradition from one player to the next, an Irish pub session has many unwritten rules. Among them: “Any 20-year-old American who walks in with a guitar is probably just going to ruin everything,” Miller says, laughing.

But to his session mates’ surprise, Miller, a music and math double major from Bemidji, Minnesota, had been studying for this moment. Since arriving at Macalester for a first-year music theory residency with a tin whistle he carried around campus, Miller had been playing gigs with a band of hometown friends The Gaels, and diving deep into the traditional Irish music scene with fellow Mac alum and fiddler Django Amerson ’98. With the urging of advisor Carleton Macy, professor emeritus of music theory and composition, Miller had come to the college town of Cork with far more than a “Riverdance” repertoire of traditional Irish tunes.

“By the end of the night, I even got paid because the guy they’d been expecting never showed up,” Miller recalls. “Being fluent in this music is like a passport that opens some amazing doors.”

Miller’s fluency has only grown since then, earning him great reviews as a traditional guitar performer and accompanist, a loyal following of students at St. Paul’s bustling Center for Irish Music, and even a Parsons Award from the American Folklife Center at the Library of Congress for his ongoing scholarly work tracing the migration of Irish music to the logging camps of the Great Lakes. “I wanted so desperately to be a professional musician,” Miller says. “I suppressed that impulse in high school because it seemed irrational, but being at Macalester gave me the confidence to see how long I could survive being a professional musician. The money just kept not running out, so I just kept on doing it.”

As a teenager “completely obsessed with music,” Miller was an acoustic singer-songwriter before a fateful trip to the Winnipeg Folk Festival. “All I knew about the festival was that someone told me
there would probably be crazy naked hippies running around in a field in Manitoba. That sounded exciting to a 14-year-old,” he says. “Then I heard the Irish band Cherish the Ladies, and I don’t know if it was the virtuosity of the instrumentalists, or the fact that it got everyone dancing, or that it was from a faraway place, but I just knew Irish music was ‘the one.’”

The passion for traditional music now permeates nearly every part of Miller’s life, including his marriage to Norah Rendell, a Canadianborn singer and flute player who is the executive director of the Center for Irish Music. While they’re both captivated by Irish music, neither has any Irish ancestry, a fact that confounded Miller until he heard a traditional singer from the East Coast share an Irish song first collected from a logging camp near Bemidji. “It was one of those aha moments that nearly made me fall out of my chair,” Miller says. “To find out that there was this connection between Irish music and my hometown, even if it was tenuous, or in the distant past, was just so energizing to me. It made me think maybe it’s not insane that someone from Minnesota would be so interested in this.’’

Since then, Miller has earned two Artist Initiative grants from the Minnesota State Arts Board to unearth and record the Upper Midwest’s musical connections to Ireland in two CDs, Minnesota Lumberjack Songs and The Falling of the Pines. Like an Alan Lomax for the lumberjack set, he also completed a master’s degree in library & information studies (MLIS) through the University of Wisconsin–Madison, with plans to create a digital library focused on the traditional music of the Upper Midwest.

In June, Miller shared the stage of St. Paul’s Celtic Junction with several master Irish artists visiting for the Center for Irish Music’s Minnesota Irish Musicians Weekend, a group that included flute player Joanie Madden, the founder of Cherish the Ladies. “She asked me how I got interested in the music, and I got to say, ‘Well, I heard your band in Winnipeg…’” Miller says, adding that one of the advantages of being a gifted accompanist “is that you get to ‘play up’ with artists who are in a whole different echelon than you.”

Watching Miller’s own upward trajectory in traditional music has been just as entertaining, says Dáithí Sproule, an Irish guitarist with the Celtic supergroup Altan, who remembers Miller when he was still a student at Macalester, sitting in on sessions at O’Gara’s and Kieran’s Irish pubs. “He’s gone from being on the edge of things to being just essential,” says Sproule, who teaches with him at the Center for Irish Music. “Seeing what Brian and Norah are doing for Irish music, I’d say the tradition is in very good hands.”