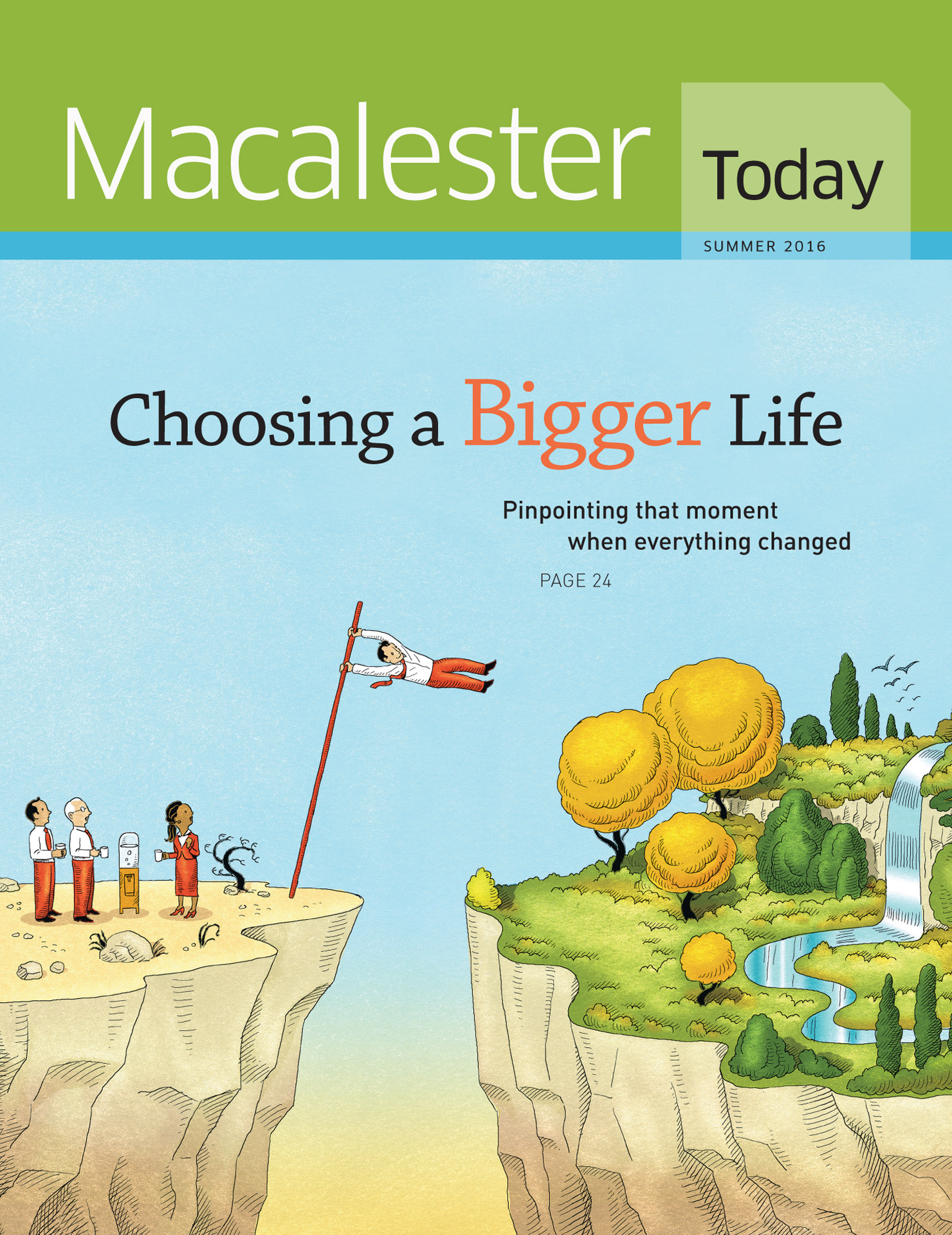 “This few-week-old baby skeleton tells us a great deal about the growth and early life of newborn sauropods like Rapetosaurus.” –Professor Kristi Curry Rogers

Paleontologist Kristi Curry Rogers was opening and closing specimen drawers one by one, examining fossil crocodile and turtle bones, when she made a remarkable discovery: baby dinosaur bones. So small that they had escaped proper identification, they lay mingled with bones of other species recovered during a long-ago dig in Madagascar.

Curry Rogers immediately recognized that this rare find—the remains of a baby Rapetosaurus to be exact—could shed considerable light on the life and growth of these massive, long-necked creatures. Her discovery sparked a long, careful investigation. The work was funded by the National Science Foundation.

Science magazine has just published the results of this research: “Precocity in a Tiny Titanosaur from the Cretaceous of Madagascar,” an exciting paper by Curry Rogers and co-authors Megan Whitney ’13, Michael D’Emic, and Brian Bagley. Precocity comes from the same root as precocious and refers to the ability of some animals to fend for themselves, essentially from birth, with little or no parental nurturing.

Like sea turtles that hatch, dig themselves out of the sand, and head for the ocean, the baby Rapetosaurus probably hatched from one of a clutch of eggs, and began life on its own, an extraordinary finding made possible by examination of its bones—67 million years later.

“It’s not always the largest bones or the most complete find that reveals the most about dinosaurs,” says Curry Rogers. “Until now, we haven’t been able to access the earliest record of life for any sauropod dinosaur. This few-week-old baby skeleton tells us a great deal about the growth and early life of newborn sauropods like Rapetosaurus.”

Co-author Megan Whitney ’13, a biology major at Macalester, is now a PhD student at the University of Washington. Her involvement began when “Kristi hired me as a research assistant the summer before my senior year to work on this baby sauropod, which became part of my senior capstone.” The experience proved both formative and valuable.

“Grad school is about owning your own research; you are responsible for knowing the material and becoming an expert. Working with Kristi and other professors at Mac helped to develop the independence that is now helping me to succeed in grad school.”

Upon discovery, Curry Rogers brought the bones back to her Macalester lab where, assisted by her student researchers and colleagues across the country, she determined that these bones—a thigh bone, shin and arm bones, fingers, toes, and more—were from a single specimen hatched from an egg no bigger than a soccer ball. Evidence suggests that the baby weighed only about five pounds when it hatched, and was only a few weeks old when it died.

Modern technology gave Curry Rogers multiple ways of examining the bones beyond external measurement and observation. The histology lab provided one way of looking inside the bone. Histology is the study of bone organization at the microscopic level. Thin slices of bones were ground down by hand to thinner than a sheet of paper. While it involved sacrificing a bone, the process provided great insight into how the bones grew and what kind of movement they allowed. The bones were also micro-CT scanned at the University of Minnesota, providing similar insights into all of the preserved limb bones.

“We looked at the preserved patterns of blood supply, growth cartilages at the ends of limb bones, and at bone remodeling,” said Curry Rogers. “These features indicate that Rapetosaurus grew as rapidly as a newborn mammal and that it didn’t require a lot of parental care.”

At Macalester, each year’s researchers work to bring along the next and help fuel ongoing research. Geology major Zoe Kulik ’16 (Bethesda, Md.) visited Curry Rogers’ class as a prospective student. Now soon to graduate with a geology major, she has completed an Honor’s thesis investigating growth patterns in a series of Rapetosaurus bones, from young to old. “My job was to describe the bone histology of Rapetosaurus throughout life, and to compare it to other species of long-necked dinosaurs.”

“Each research project builds upon the last,” commented Curry Rogers. “Zoe’s work completes the trajectory for Rapetosaurus; now that we know more about how life began for this dinosaur, we are tracing it to the end.”

Although it quickly grew to about 60 or 70 pounds, the unlucky baby was born into a harsh environment and likely succumbed to conditions of drought, but that unlucky baby has been graced with scholarly immortality through the work of Curry Rogers and her fellow investigators.

Class in the Cities

We talked to four professors who incorporated off-campus learning in the Twin Cities into their curriculum this fall.