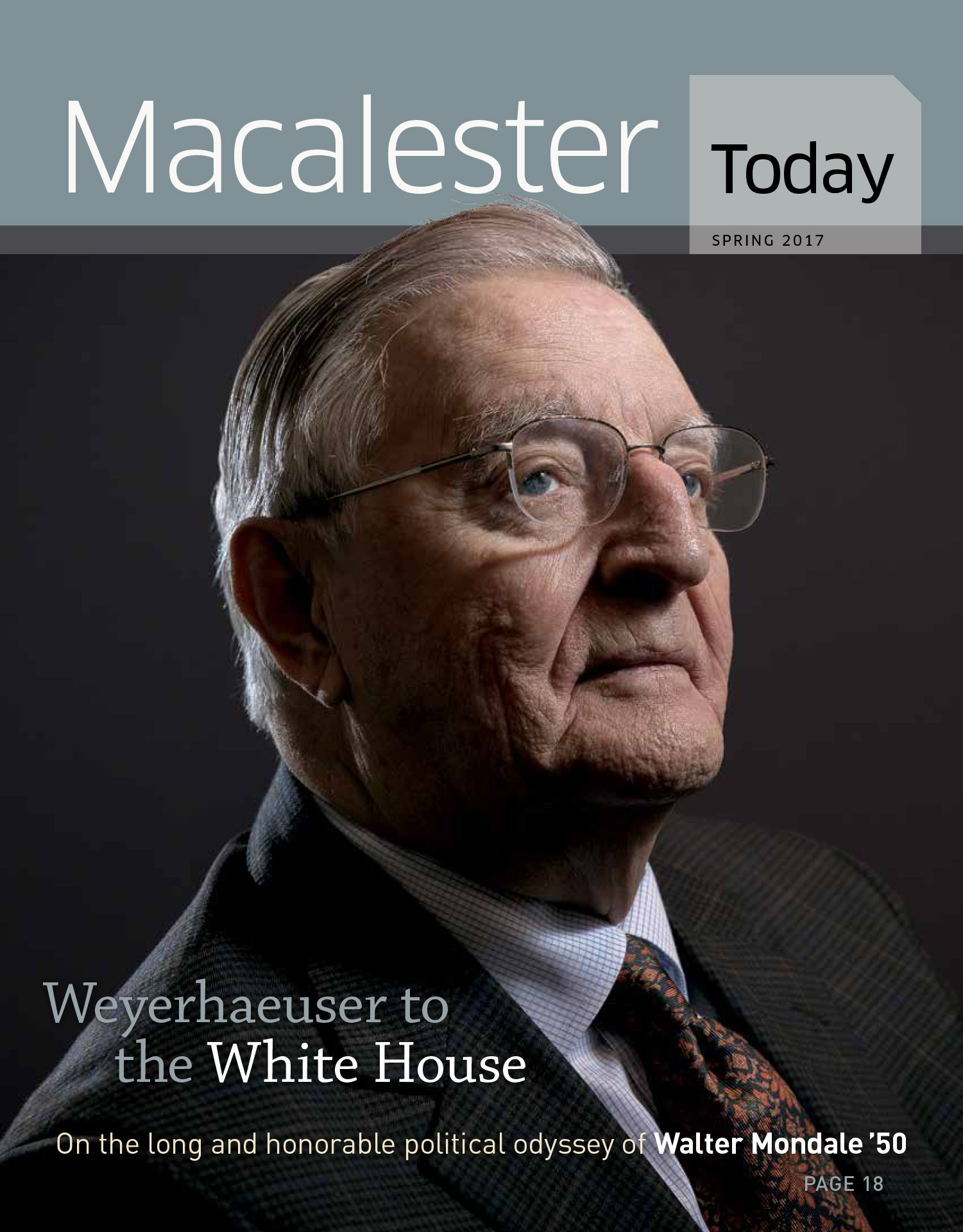 “We’re a tiny school, but we have a huge impact on the world, an impact that belies our size.”
—Rick Latham Lechowick ’04 says of Macalester

An impressive number of Mac alumni do international aid work, but not many purposely put themselves in the middle of a conflict zone. That’s what Rick Latham Lechowick ’04 has chosen to do for the last year in Iraq, however—with plans to continue working there indefinitely.

The classics and religious studies major works in northern Iraq, near the Syrian border, with the Yezidi people. After one year there teaching and working as a country coordinator for another nonprofit, he is starting his own NGO to run schools and community centers for Yezidi women.

The Yezidi people have been the victims of a recent genocide in Iraq, with many of the women experiencing sexual enslavement and human trafficking at the hands of the Islamic State. Lechowick is committed to teaching these women English, sewing, and computer skills, so they might enjoy greater independence and earn a living. Following is a conversation we had with him during his recent visit back to campus.

What is your post-Mac education?

I have a master’s in international relations/conflict management from Johns Hopkins and have almost completed a master’s in theology from Uppsala University, with a focus on religion in peace and conflict. [Lechowick lives in Sweden when he’s not in Iraq.] I hope to earn a PhD next.

Where else have you worked in the world?

My first aid work was an internship in Indonesia working for the UN, where my boss was Marcus Holknekt ’02. I’ve also worked with NGOs in Bosnia and Palestine—where yet another coworker was Mac alum Hannah McIntire ’14. In Iraq, we’re a tiny school, but we have a huge impact on the world, an impact that belies our size.

Can you explain your work in Iraq?

The village will give me a free building for the school. I plan to staff it with other Yezidis. I will also bring on some American and UK volunteers to teach English. I want the school to be run by a Yezidi woman, not by some foreign guy from the U.S. This area isn’t the safest place in the world. It’s surrounded by the Syrian civil war on one side, the Islamic State on the other, and the Kurdistan region of Iraq and the Kurdish region of Turkey, which can also be problematic. I only travel during the daytime; the last part of the trip is a three-hour drive on desert roads. Roads are more dangerous than towns, especially at night. 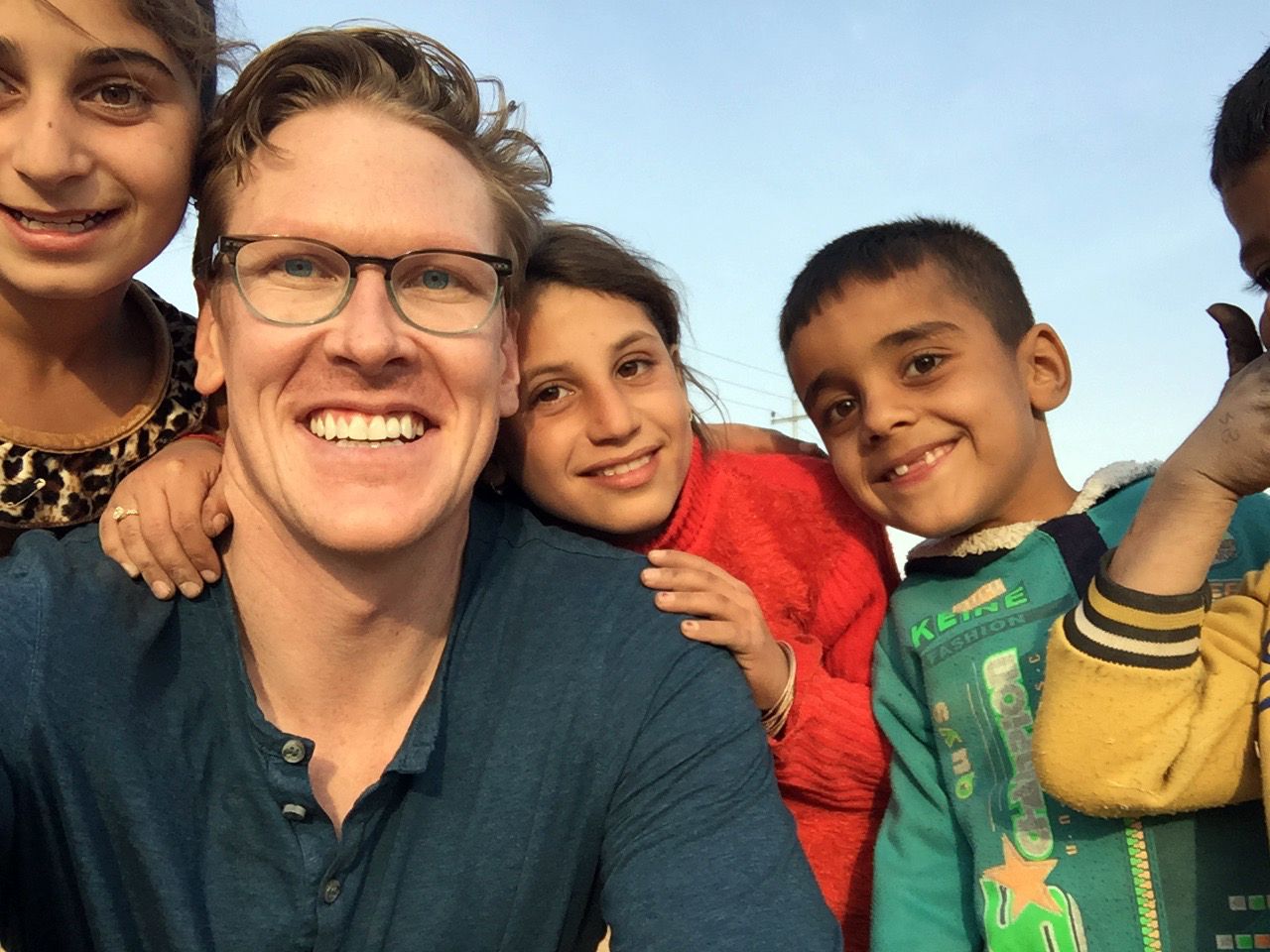 Tell me about the Yezidi people.

They’re an ethno-religious group of 1.2 million people, whose religion is neither an offshoot nor an adaptation of Islam or Christianity. They feel forgotten by the world. Most Westerners don’t even know about the genocide, which started in August 2014. Many Yezidis are still living in refugee camps, which have become permanent. They are also badly misunderstood. Many outsiders think they are devil worshippers because of a mistaken idea propagated in the West by 19th century travel writers. Instead, they worship a being called the peacock angel. They are monotheistic, believe in reincarnation, have a caste system, and speak a dialect of Kurdish. They are also very generous. They fight over who will have me over for dinner and who will bring me breakfast before school [Lechowick has no kitchen in his $100/month home]. And the children all want to attend school. They come every day, even though there’s not enough room for everyone.

What advice can you give students interested in aid work?

Don’t get down when you fail because you’ll fail over and over again, and finally one day you’ll succeed in a small way. It’s a good day if one kid learns the alphabet or is a little happier. You have to find joy in the small successes because you’re going to encounter terrible failures too. The joy of aid work comes in the tiniest acts and the subtlest gestures.

Tell about a satisfying experience in Iraq.

It feels good when more women come to class than are on the list for it. Say I’ve got seven signed up, but soon they’ve told their sisters, mothers, and friends, and we have 20 instead of seven. Or there was a day a few weeks ago when the adult female students at the school I was working at—which teaches English, music, computer, and sewing—could pick any class and every single student chose my English class. That made me really, really happy.

What work do you do back in Sweden?

To make money, I do freelance copy writing and act in English-language commercials. Most Swedes speak English really well, but they can tell who is a native speaker. I grew up acting in Los Angeles and did Bad Comedy and Mac Players in college, so it’s something familiar. As a volunteer, I also teach Swedish culture to Afghan and Syrian refugees. I try to teach them what it’s like to come to Sweden as a foreigner.