Have a SWAP or study abroad reflection or story you’d like to share?  What was memorable?  How did your experience impact you?  Please submit up to a page of narrative and a maximum of three photos.  This site will be updated twice a month with new anecdotes and images from fellow travelers.

Email your story and photos to Denny Falk ’70 at dfalk@d.umn.edu. We look forward to reading your stories!

Like many other members of the Mac Class of 1970, I landed in Paris in early June 1969 to participate in the Summer Work Abroad Program (SWAP). The initial plan was that I would work in Southern France for June and July and then travel during August. However, when I went to the address in Paris I had been given to finalize my job, they had never heard of me. Flustered, I reported that Dewitt Wallace had lined up a job for me (which may have been true). A flurry of activity followed, and a chauffeur-driven limousine pulled up outside the building I was in about five minutes later. The limo whisked me to the outskirts of Paris where I soon found myself in a very large office on the top floor of a tall building talking with the President of “Selection,” which was the name of Reader’s Digest in France. The President explained to me that Dewitt had not told him that I was coming, but that he was sure he could arrange a job for me. After some discussion, I was to return to “Selection” to work for the month of July, making about as much money as I would have for two months in my original job.

Now having an unexpected month to travel in June, George Lindall, Marilyn Biel, and Jan Meier were kind enough to allow me to join them as we drove a rented car around Southern Europe for the first three weeks of June. We drove to Geneva and continued down to Genoa, Florence, Salzburg, and Vienna. Pictures of the salt mine tour we took near Salzburg and a picnic lunch in the Vienna Woods appear below.

We had an exciting entrance into Czechoslovakia, as we were pulled over by a machine-gun-toting soldier who explained to us that we had been apprehended driving too fast in a built up zone and could either pay half the Czech money we had just been forced to change at the border or spend the night in jail awaiting trial. We chose to pay, as did all the drivers with foreign plates.

After a couple delightful days in Prague, we drove toward Germany, where I left George, Jan, and Marilyn to hitchhike back to Paris for my job that was scheduled to start in four days. The first day I hitchhiked about 500 miles and wound up getting a final ride into Amsterdam from a young couple with whom I wound up staying for three nights before taking a train back to Paris. While in Amsterdam, I ran into 15 people I knew, mostly from Mac, and along with Charlie Grady, met a Prince of the Netherlands who visited us at Mac four months later.

My July job with “Selection” involved working with computers to send out promotions to French folks who might want to subscribe to the magazine or perhaps order some condensed books. After they determined that I could not program computers in COBOL and BASIC (I knew a little FORTRAN), I spent the rest of the month doing non-skilled jobs with the computers and playing chess with my colleagues during down times.

While in Paris, I roomed with Bobby Anderson in a hotel in the Latin Quarter. On the night of the moon landing Bobby and I went to join Liz (Kiesow) Aase and Julie (Jackson) Schlueter in watching Neil Armstrong take “one small step for man” on a blurry eight-inch black-and-white TV screen.

During the month of August, Bob Stevenson and I travelled by Eurail Pass for three weeks, seeing more of Northern Europe, including a powerful experience at the Dachau concentration camp near Munich and a visit to East Berlin via Checkpoint Charlie. A highlight of this trip for me was a visit to Ostersund in Sweden where I was the first member of my family to visit since my grandparents left for the United States 60 years prior. Another highlight was traveling to London later in August where I joined Mike Mikulich in experiencing the musical “Hair” in a West End theatre.

As a professional choral singer in New York City, I have had the opportunity to sing in a number of wonderful places across the world.  I sang at the Verbier Music Festival in Switzerland eight times (see photo), twice in Tel Aviv with the Israel Philharmonic Orchestra, at the Salzburg Music Festival in Austria, and in concert halls in Amsterdam, Paris, Rome, Florence, Berlin, Stockholm, and other European cities.

Thus my choral training at Macalester under Dale Warland has held me in good stead!

Arriving at Paris Orly in early June, a bunch of us Mac students bused into the airline bus station and arranged to stay at a pension on Rue Madame (in Stein and Toklas territory).  No one knew where that was. It turned out I was the only one who spoke French so I led a caravan of students and suitcases through the streets until we found the pension.  That started a pattern of translating and guiding that was to last through 20 years residence in the Middle East. 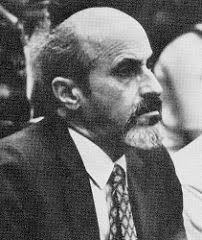 I was on my way to Beirut funded by a grant for my senior honor thesis on American missionary efforts to support education in the Middle East, especially in the Levant.  Dr Armajani, for whom I served as student assistant, was my mentor and intercessor with the college administration and, after I got to Beirut and enrolled at the American University of Beirut (AUB), he managed the change of honors thesis topic to the origins of the Palestinian liberation organizations including the Palestine Liberation Organization.  He also arranged for me to spend the first semester of my senior year and Interim at AUB adding courses on Middle Eastern history.

But meanwhile back in Paris, my French skills led to my guiding groups from the pension to the tourist sites around the city before boarding the train at the Gare de l’Est for the train to Istanbul.

That was a journey.  Somehow I didn’t get the memo that said get on the train car labelled for your destination.  I just got on at the back of the train and then discovered that at each stop, as that car was taken off the train, I had to move up a car or two, until I actually ended up in the Istanbul car.  It was a long  (4 days) trip but after we left Budapest it got a little riotous as our compartment became home to Bulgarian party members with a large supply of “potato wine” (aka vodka) with which they inebriated the whole compartment.  Arrived finally in Istanbul, a bit sodden with potato wine, I booked a flight to Beirut and left for my summer residence with the Itani family, courtesy of fellow Macite Amal Itani, in the Ghberi suburb of Beirut.  I signed on at AUB and found rooms in Ras Beirut with an Afghani and a Jordanian roommate.

I spent Interim January 1969 studying theatre in Paris with kids from other MIAC colleges.  In February, I headed to Avignon for intensive study of language, literature, history and culture with Mac pals Jane (Echternacht) Hallas, Linda Zieghan, Randy Knepper, Larry Doxey, June Noronha, and a handful of students from colleges all over the country. (My roommate was a Swarthmore student.)  Part of each day we studied at the Collège Littéraire Universitaire with French students.  Afternoons were spent soaking up sunshine on the central plaza before going home for dinner with my family and settling into homework.  It was a great opportunity to discover the pleasures of Provence.

Sometime that spring I got news that my SWAP assignment would be in Paris (my first choice) working at 3M (Minnesota de France) with my sophomore year roommate and friend, Liz (Kiesow) Aase.  Luckily, two of the girls from my host family in Avignon had studied in Paris and gave a lead for us on a room in an apartment in the heart of the Latin Quarter (complete with a quirky landlady).  What could be more perfect?  Our daily suburban commute entailed travel on the old prewar vintage Métro cars in which we were packed like sardines.  I remember my horror at discovering that the French keyboard was quite different from the one on which I was reasonably proficient.  My job for the weeks of my employment was to type letters of rejection to job applicants (no “white out” allowed!).  Oh well, it paid for my expenses and we had evenings and weekends to explore.  I remember the many Saturday afternoons moving from room to room in the Louvre at a leisure pace.  Walking all over the city was a joy.  We enjoyed the company of fellow Macites, Denny Falk and Bobby Anderson.

The high point of my SWAP summer was unexpected.  One evening a handsome American lad showed up at our door.  He had met Jane Echternacht in Luxembourg and she had given him our address on the Rue du Sommerard.  He went from floor to floor knocking on doors trying to find Jane.  I was annoyed at first until he invited Liz and me out for dinn

er (something we couldn’t afford) in exchange for a tour of the city.    When my 3M gig was done, this GI and I camped in Switzerland, France, Italy, Austria and Germany and the rest is history!  I married the GI, Cliff Schlueter, after his assignment in Germany ended and we celebrated our 50th wedding anniversary in November. We’ve enjoyed many trips back to the haunts of our youth to reminisce. Who knew when I signed up that SWAP would be so pivotal in my life?