Russia occupies more land on the planet than any other single nation. What Russia and its citizens choose to do with that land can have a major impact on the rest of the world. 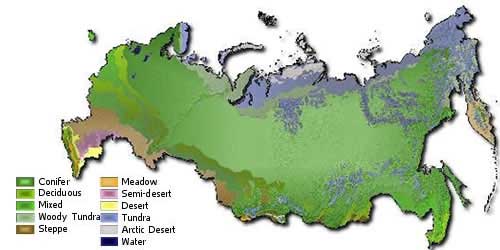 Russia has several soil and vegetation zones, each with its characteristic flora and fauna. From north to south, these zones are:

Russia has a relatively progressive system of over 100 zapovedniks, which are reserves set aside for conservation and research, and 35 national parks. However, there is still considerable resistance to nature conservation among the public

The Minnesota Zoo recently opened a new exhibit, Russia’s Grizzly Coast, to educate and promote conservation of the Russian Far East, which is home to a diversity of animals, including some of the world’s largest predators

Learning more and getting involved