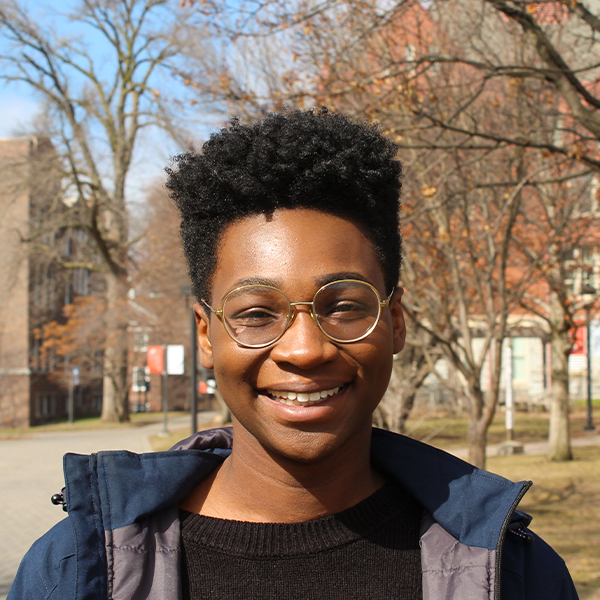 Senior
(she, her, hers)
Houston, Texas by way of Kumasi, Ghana

What is learning like at a liberal arts college?

When I visited Macalester and up until the end of my first year, I never truly understood what liberal arts meant. At the time that I decided on Macalester, I appreciated how students I met so easily blended their pursuits. One student I remember keenly was a Biology major, but took the time to volunteer at a neighboring school as a mentor and tutor. I expected that she would talk about her journey at Macalester through the lens of her Biology major and Pre-Med focus. She surprised me by talking about how her Biology major was a nice backdrop to her work as a mentor and tutor because it was in classes that she learned the impact of stress on health and in the school where she saw how that manifested in youth.

At this point, I still didn’t reconcile this as one of the many beauties of a liberal arts education; rather I thought it was her disposition. I later learned that blending different subjects, engaging with community, and openness to learning from communities were large parts of many other students’ experience because that is the central goal of a liberal arts education. It is difficult to find a professor that will isolate their academic subject from other subjects and even harder to find one that will encourage you to think in that manner. The liberal arts structures learning as narratives. It is the difference between memorizing the names of different neurons and learning the structures and characteristics of neurons and how activity patterns in different parts of the brain require differently structured neurons. To me, learning how to learn, and then applying and challenging my understandings, is liberal arts.

Macalester Admissions counselors, the same people who read thousands of applications each year, will help simplify the college application process, including tips for writing a college essay, filling out the Common App, and navigating financial aid. Sign up for one workshop or the whole series. 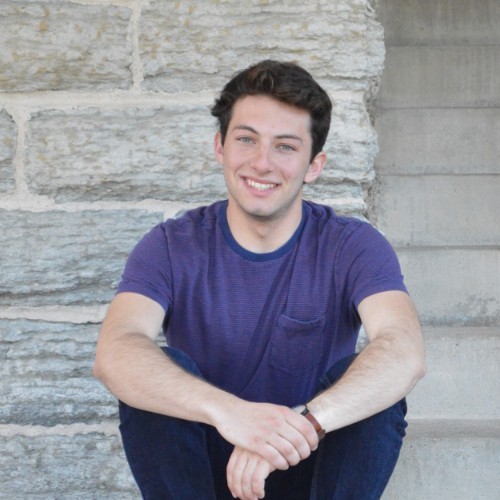 Junior
(he, him his)
Sarasota, Fla.

Why did you choose liberal arts?

It came down to being treated like an adult, while cared for like a student. I think the adult part occurs at any college. It’s inherently connected to living without parents and paying for groceries and deciding when to go to bed and how often to clean your room and do your laundry.

But at liberal arts colleges there is an intense focus on the power of being a student. Maybe a better word than power is potential. Professors are committed to unlocking the potential of students and helping us grow as much as we can inside a classroom for four years.

The majority of your life as an adult out of college is going to be independent and often difficult and rarely will there be people who are willing to guide you on a path to success. So to be in an environment for four years where you get both the adult thing and the guidance is extremely unique and I believe incredibly beneficial. 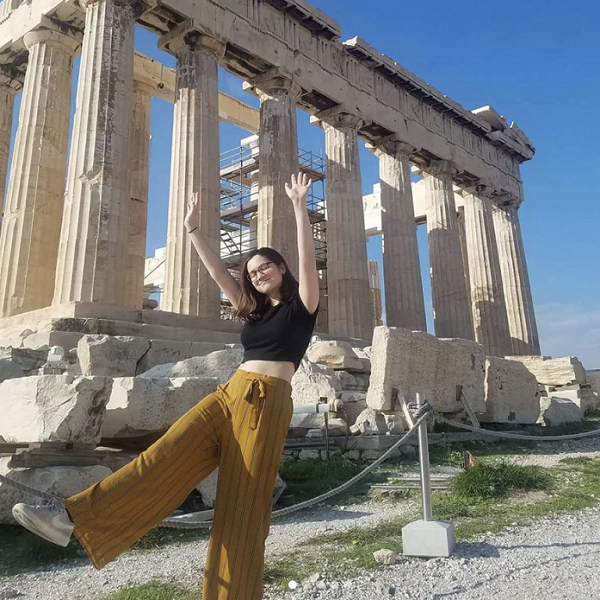 Senior
(she, her, hers)
Tokyo, Japan

What attracted you to a liberal arts college?

I chose a liberal arts college first because liberal arts colleges are generally smaller than their university counterparts. When thinking about what type of school I wanted to go to and then subsequently the type of education that I wanted, being able to build a tight-knit community and also be in small, more individualized classrooms was really important to me. Most small colleges happen to be liberal arts, so that narrowed my choice down.

I was also looking for a range of experiences and a college that would allow me to really explore what my options were, and what I might be interested in. I took great advantage of this, taking classes that cross listed around 10 different departments my freshman year. I was able to complete a lot of my General Education credits and move forward in my college education without having to make a premature and un-thought through choice about what I was going to focus on in College.

It also meant a lot to me that everybody would be expected to take gen ed credits, no matter what their course load or major was — I really liked the idea that everybody at the college would be trying out different and new things. At college, this has meant that I’ve learned a lot from so many people about so many different topics because everyone is taking something a little bit out of their comfort zone at one point or another. Whether that be the Philosophy of Gender and Race or Music Theory – everyone’s taking something new and interesting.

Is a liberal arts education a good fit for you?