Physics & Astronomy Seminar: The Standard Model of Particle Physics and Beyond: A Unified Approach 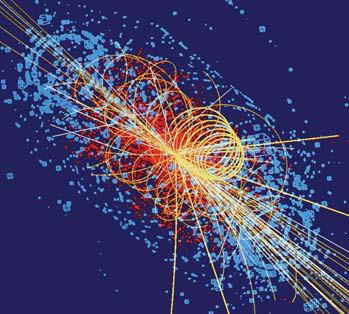 Join Macalester Visiting Assistant Professor Saki Khan as he speaks on "The Standard Model of Particle Physics and Beyond: A Unified Approach."

The Standard Model (SM) emerged in the early seventies when the particle physics was being struck by a new generation of conundrums, especially the four fermion weak interaction theory encountering incurable divergences and the failure to apply perturbation theory to strong interaction to do any practical calculation. The foundation of SM was based upon the understanding of symmetry, both global (like Lorentz symmetry) and local (like Gauge Symmetry), and renormalizability of quantum field theory. Then for almost three decades the SM was brushed, polished by a great number of theoretical and experimental efforts.

In spite of all the tremendous successes of the SM, recent discoveries and observations like neutrino masses and the existence of dark matter have compelled us to think beyond Standard Model (BSM). In this research presentation, I will primarily discuss the symmetry aspect of SM and beyond. The desire to achieve true unification of the strong, weak and electromagnetic forces under one simple non-abelian gauge group gave birth to the idea of Grand Unified Theories (GUTs). These Grand Unified Theories enlarge the symmetry of SM and address issues like Gauge coupling unification, Proton decay, neutrino mass generation and probable candidate(s) of dark matter.