Why Do We Miss the Soviet Union? Memories and Lessons of the Soviet Collapse

The  Macalester Russian Studies Department and the Russian-American Business and Culture Council are sponsoring a panel discussion on the Soviet past and present.

The Soviet Union fell thirty years ago. In a 2020 poll conducted by the Levada Center, 75% of Russians declared the Soviet era to be the best period in the history of the country. According to the poll, 65% of Russian citizens lamented the collapse of the Soviet Union and argued that it could have been avoided. However, only 28% were ready to resurrect the Soviet system.

Panelists Natallia Antanovich, Alexei Titkov and Professor James von Geldern will discuss why people in Russia (and beyond) yearn for the Soviet past and why the Soviet experiment is relevant today. 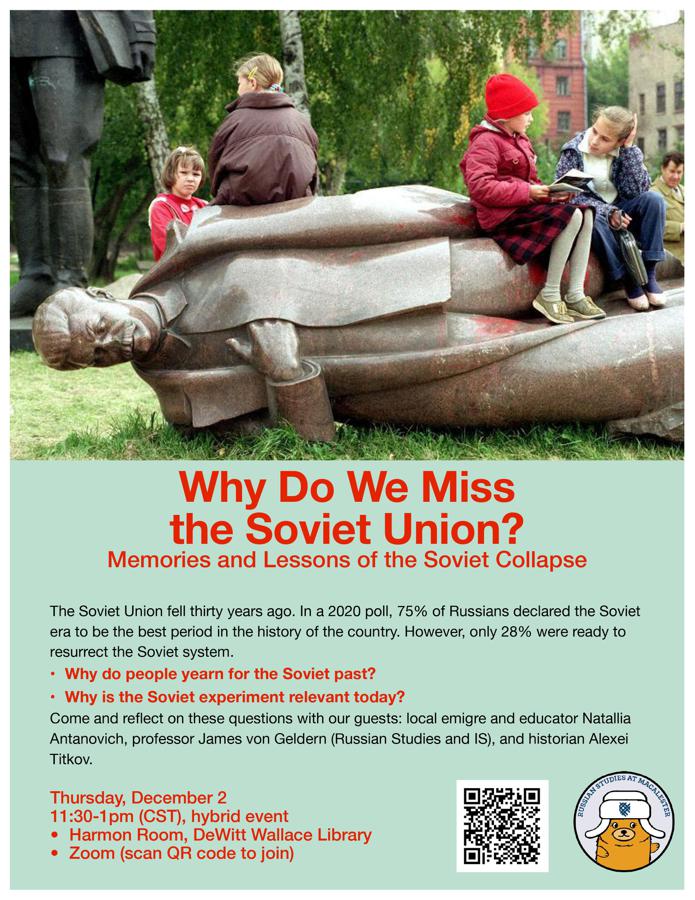