Political Science seniors will be presenting their capstones over the next two weeks in the Harmon Room (located on the first floor of the library). The presenter schedule is included below:

Aberdeen Morrow (she/her), Art as Rest, Rest as Resistance: Expanding the Definition of Protest Art in the 21st Century

Osamede Egharevba (they/she), How Does Unity Affect Diversity in Social Movements?: Analyzing the Impacts of Demographic Changes Within the Black Lives Matter Movement

Janica Kozina (she/her), Political Ontology of an Individual in Post-war Reconciliation: Framework for Interventions in Bosnia and Herzegovina

Trang (Kaylee) Do (she/her), A Cross-cities Comparative Study: Governments, the Private Sector and the Community in Public Transit Decisions

William Hawley (he/him), The Hammer and the Nail: Militarization and its Effects on Police Encounters 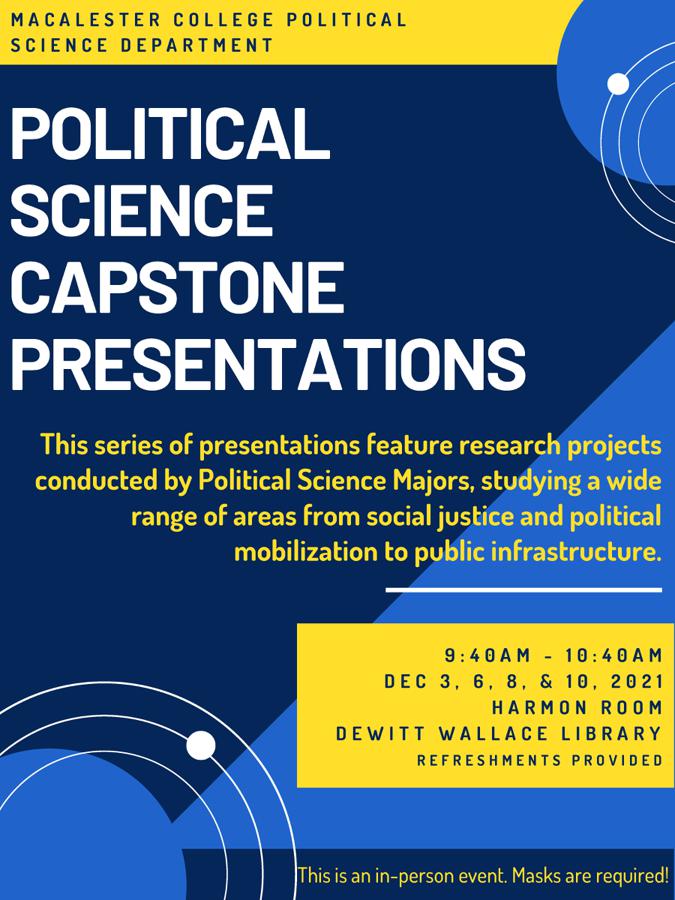