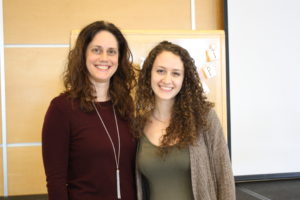 This last newsletter of the academic year is not alone in its bittersweet arrival—the end of my senior year at Macalester has been chock full of “lasts” these past few weeks. While I am excited for what the future after graduation may bring, I cannot help feeling reluctant to leave Macalester. As I look back on the past four years, I find myself increasingly grateful for the community and opportunities I found in the English Department. …Read Zeena’s last piece 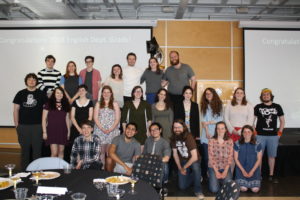 The year coming to a close is a time of sadness for those of us left behind, and a time of excitement for graduating seniors on their way to greener pastures. Before the semester officially ends, various departments on campus, including the English Department, honor students for their particular excellencies in various areas with several awards. …Read more about awards

The House of Tomorrow film comes out on May 25th!

Watch the trailer for the film, adapted from Professor Peter Bognanni’s first book. 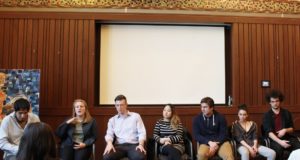 If you’ve ever wanted to elicit an exasperated sigh from one of Macalester’s seniors, I’d recommend asking them, “How’s your capstone going?” Bear in mind, this sigh is rarely one of defeat. Sure, the process can feel grueling, an ongoing marathon running toward academic excellence with a hazy finish line. But as those of us who have finished this race know, the capstone experience is a demonstration, celebration, and culmination of our years of work, study, and passion. …Read more about capstones 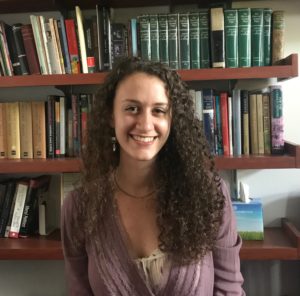 As you may have heard already, our very own Zeena Yasmine Fuleihan ’18 has been named Honorable Mention of the 2018 Nick Adams Short Story Contest for her story “Za’atar Croissants.” …Read more about the Nick Adams

Early Modern Literature and Shakespeare Professor Penelope Geng was recently awarded the Francis Bacon Foundation Fellowship from the Huntington Library in San Marino, California. This nearly one hundred year old private institution is open to both scholars and the general public; its collection of seven million manuscripts and 430,000 rare books includes the Ellesmere manuscript of Chaucer’s Canterbury Tales: a fifteenth century illustrated edition of the text. One of the twelve remaining vellum copies of the Gutenberg Bible and editions of Shakespeare’s plays that were published during his lifetime can also be found in the library. …Read more about Professor Geng’s fellowship 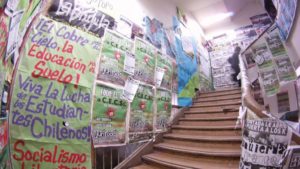 In the weeks before I left for my semester in Buenos Aires this February, I had a thought that is common for students about to embark on their journeys abroad: what in the world was I thinking? …Read more about Jen’s study abroad 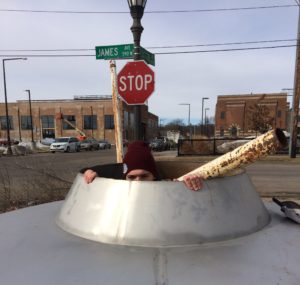 This month we’re especially excited to feature the creative work of Ben LeBlanc ’20, starting next semester as a new Associate Editor of The Words! Ben started writing in third grade with a full length “Michigan Chillers” fan-fiction series, and now half of his poems are about how much he hates doing laundry. His long term goal is to publish a work of experimental poetry interpreting old Japanese academic texts into English. Welcome to The Words, Ben! …Read Ben’s poem