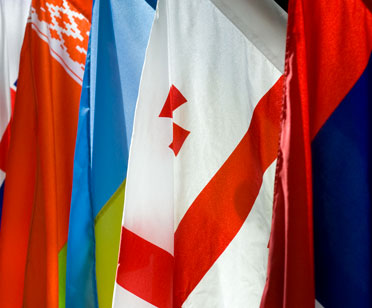 Children of the World: The Dialectic of Promise and Vulnerability
October 13–15, 2011

The theme of the 2011 Macalester International Roundtable is “Children of the World: The Dialectic of Promise and Vulnerability.” Here is how we have set up the parameters of the discussion:

Contemporary vulnerabilities that beset human beings around the world come in a variety of guises and affect diverse populations differently. Perhaps no category of people is as easily exposed as children to such injuries as the interconnected factors of poverty, disease, lack of education, physical violence, and family breakdown. To be sure, there is marked and continuous progress on a number of fronts, particularly in the reduction of mortality among the young. Still, in 2008, there were nearly nine million deaths of children under the age of five.

Moreover, half a million women die each year from childbirth-related conditions. Chronic nutritional deficiency haunts nearly 30 percent of children in the Global South, where clean water is also in short supply. While old illnesses such as malaria are still raging, they are now joined by HIV infections. Globally, it is estimated that nearly five million young people (15-24 years old) are living with HIV and, alarmingly, increases are being reported in Eastern Europe and Central (and other locations in) Asia.

Equally devastating are the issues of civil conflict, violence, and child exploitation. From Gaza, Sudan, Somalia, Sri Lanka, and Haiti to Pakistan, India, Brazil, and Thailand, the protection of children has become an acute challenge. The dire situation of children is not confined to the Global South. The United States, although it ranks first in GDP, is last among the industrial North in relative child poverty, and adolescent birth rates, and securing children against gun violence. Furthermore, the U.S.A. scores poorly in low birth weight and infant mortality statistics.

If one critical measurement of lasting human achievement (locally and globally) is the protection of children from lethal but preventable adversities, our assignment will revolve around the following questions: