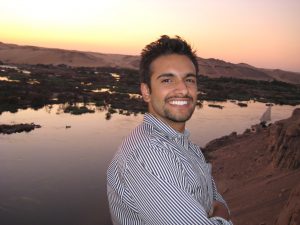 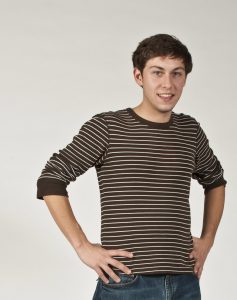 Haji and Snyder were among the approximately 575 U.S. undergraduate and graduate students who received a scholarship from the State Department’s CLS Program this year to study Arabic, Azerbaijani, Bangla/Bengali, Chinese, Hindi, Indonesian, Japanese, Korean, Persian, Punjabi, Russian, Turkish, or Urdu languages.  U.S. students will spend seven to 10 weeks in intensive language institutes this summer in 14 countries where these languages are spoken.  The CLS Program provides fully funded, group-based intensive language instruction and structured cultural enrichment experiences.  CLS Program participants are expected to continue their language study beyond the scholarship and apply their critical language skills in their future professional careers.

Haji will be in Amman, Jordan, from June 10 – August 12, and Snyder will be in Tunis, Tunisia, from May 28 – July 30.  Both will be immersed in intensive Arabic language programs.

The programs cover approximately one academic year of university-level Arabic coursework during the eight-week program, and are designed to meet the needs of students from a variety of language levels and backgrounds.  Extracurricular activities are designed to supplement the formal curriculum, including regular one-on-one meetings with peer tutors for conversational practice, as well as cultural activities and excursions designed to expand students’ understanding of Jordanian/Tunisian life and culture within the broader tapestry of the Arab world.

The 2012 CLS Program received over 5,200 applications.  Representing all 50 states, the District of Columbia, and Puerto Rico, students from a range of academic disciplines and 239 institutions were selected for scholarships in 2012 through a merit-based selection process.

The U.S. Department of State launched the Critical Language Scholarships for Intensive Summer Institutes in 2006 to expand dramatically the number of Americans studying and mastering critical foreign languages. During CLS Program outreach activities, particular attention is paid to states/regions of the U.S. that have been historically under-represented in the CLS applicant pool and to students from diverse backgrounds and academic majors.