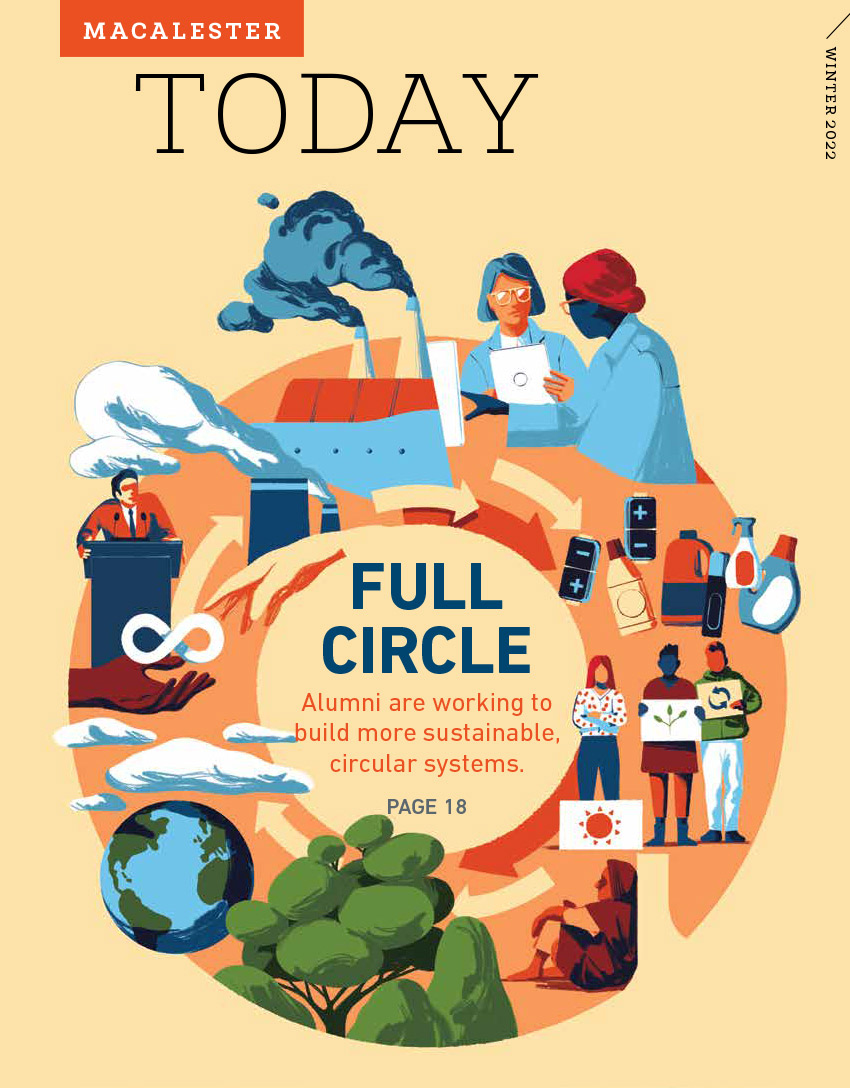 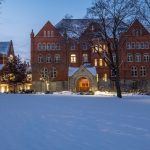 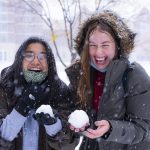 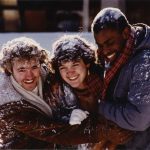 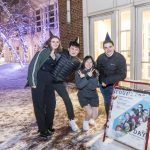 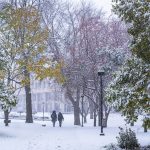 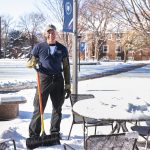 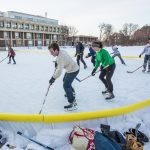 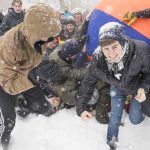 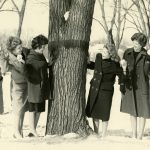 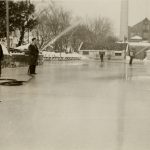 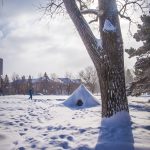 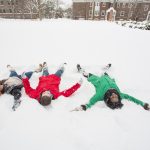 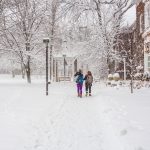 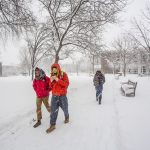 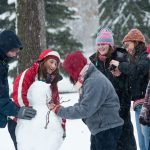 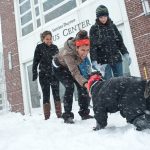 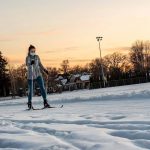 “My first year I lived in Doty’s first-floor corner room. I was from Hawaii and my roommate, Maribel Collazo, was from Puerto Rico, and neither of us had seen snow. The first flurries of the season coincided with the student exodus to SAGA for dinner. As the first flakes began to fall, we heard a loud rapping on our window, as a classmate was shouting to us island girls to come out and see the snow. I will always remember the sheer delight and wonder as we felt that snow falling.” –Sarah Craven ’85

“The one and only time I’ve ever seen the northern nights was a cold walk across the quad from the library to my dorm. I will never forget the awesome sight of those magical lights dancing across the chapel!” –Maria Steen ’05

“Going to an early class and being the first one to walk through pristine snow after it had snowed all night. Walking through the quad toward Old Main, I’d cut across just to walk through fresh snow. I work in the Arctic now, and the other day as my team and I were heading back to camp, I just had to walk through the snow and do a full jump. Memories of walking to class at Mac flooded back.” –Jessie Zapata Crookall ’01

“Annalisa Harty ’14 and I lived off-campus senior year, and the first day of the spring semester, it was 40 below zero and literally every other school in the Twin Cities was closed. We bundled up and headed out, and a woman in a minivan pulled up and offered us a ride. I assumed it was someone Annalisa knew. We chatted about her job as a teacher and she dropped us off. As soon as we were out of the van, Annalisa asked me how I knew her, at which point we realized we had both assumed that the other person knew her. I still laugh thinking about the fact that we got into a van with a total stranger, but it really was a little piece of Minnesota nice!” –Claire Barnes Runquist ’14

“The old annual North/South snowball fight in the ’70s, seeking to storm across Grand Avenue. (No matter which side I lived on, the other side won!)” –Bob Rockey ’80

“In winter ’06-’07, there was a magnificent snow structure in the lawn in front of Old Main. A perfect place to catch up with friends!” –Daniel Picus ’10

“When someone saw me slipping around on the ice and snow and asked if I was doing okay. It was my first winter, and it spoke volumes about the Macalester community that a random student would take time out of their day to see if I needed help.” @pip_alice

“Learning and seeing the oddities of winter in St. Paul; seeing the cars parked on Snelling with electric cords plugged into engine heaters; learning not to touch outdoor metal with bare hands!” –James Shorris ’82

“January 1975, I think. It’s maybe -30 and we all stay in Dupre playing Diplomacy. After eight hours, another kid and I are the only two left, so we declare a truce and head to Knowlton’s to celebrate with a heated cinnamon bun for 42 cents. It’s closed, so we head down to a dive bar across from the stadium. Woefully underdressed, patrons stare at the two frozen idiots as we walk in. Later learned the wind chill was around -70!” –Richard Whitehill ’80

“Putting pants on over PJs to go to class … and peeling them off when I got back. Instant comfy!” @caitlinvb79

“Watching the snow fall from a practice room on the west side of JWall.” –Riley Yawn-White ’19