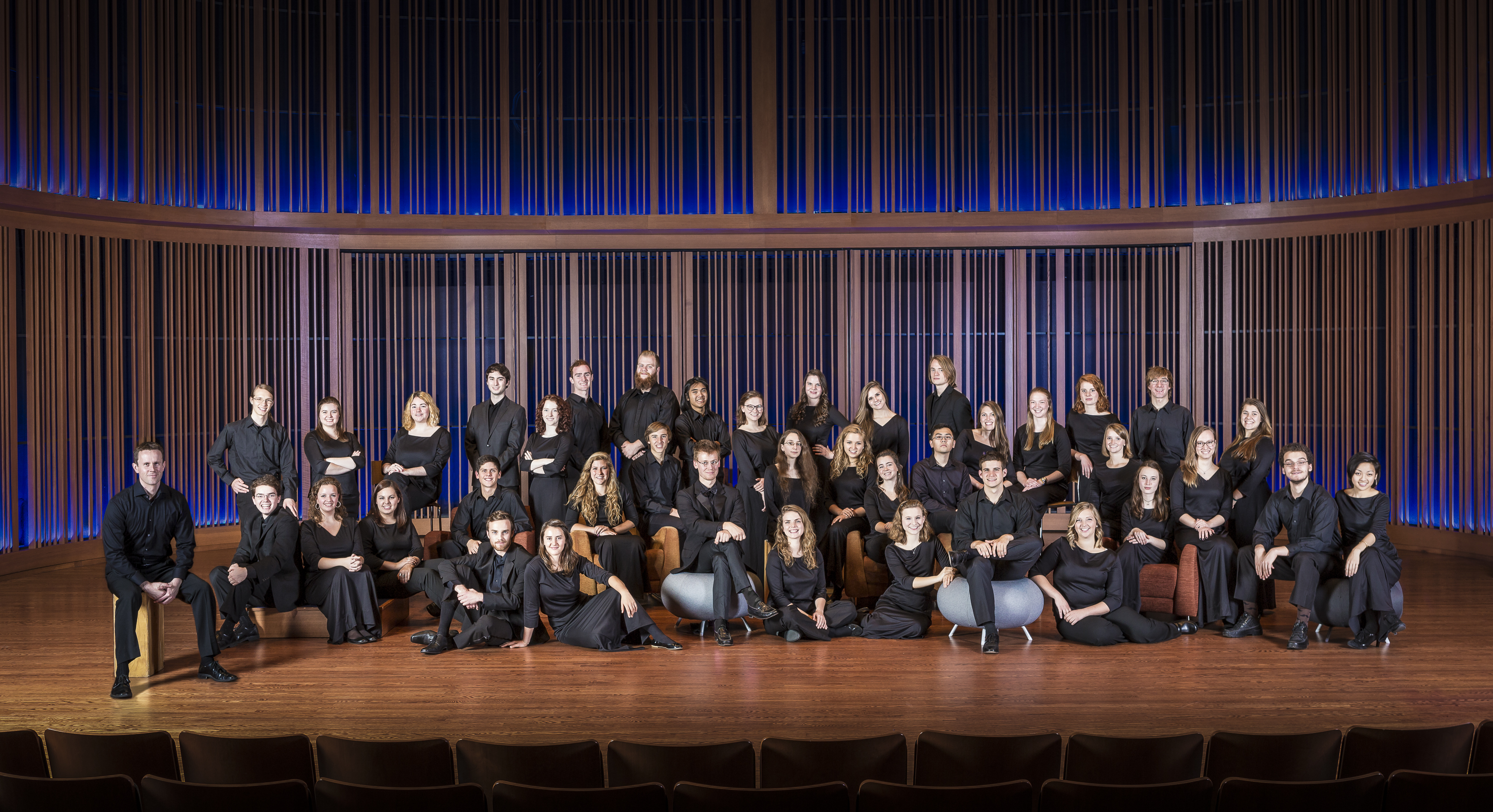 The Concert Choir is the advanced, select vocal ensemble of Macalester College, directed by Michael McGaghie. Members are held to an exceptional standard of musicianship and commitment. The choir draws its repertoire from music of last six centuries and tours annually through the United States or abroad. Recent tour destinations include Seattle, Portland, Boston, Chicago, New York, and Japan. The ensemble commissions and premieres at least one new work every year. Membership is open to all Macalester students by audition.

There will be one major on-campus performance per semester, as well as several performances in the local community and on tour.

Selected recordings are available at the Concert Choir’s Soundcloud page.