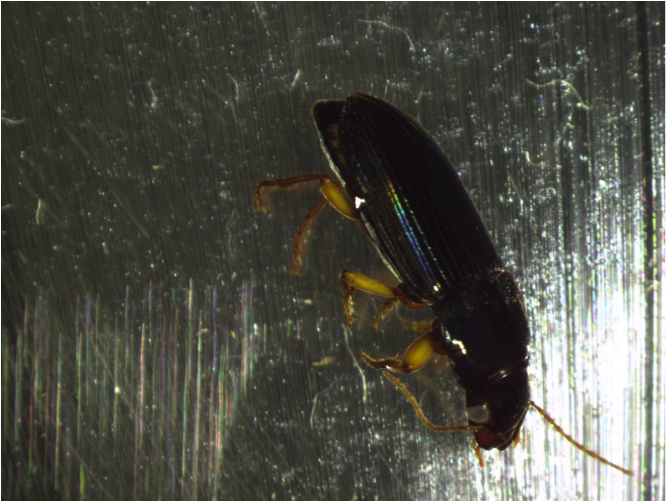 Ecology
The Katherine Ordway Natural History Study Area is home to an immense amount of diversity. Its river, prairies, forests, and ponds house many different species. The forest’s leaf-litter is home to a tremendous amount of varying invertebrates, along with some small vertebrates, and it provides the soil and surrounding plants with necessary nutrients. The leaf-litter is one of the main habitats in which an adult Yellow Mealworm Beetle will choose to reside. Yellow Mealworm Beetles prefer the darkness and being in contact with other objects. Due to the leaf-litters abundant covering and high resource for nutrients, they will often be found there as well as underneath rocks and logs5. Yellow Mealworm larvae will also be found around locations of human food storage7. 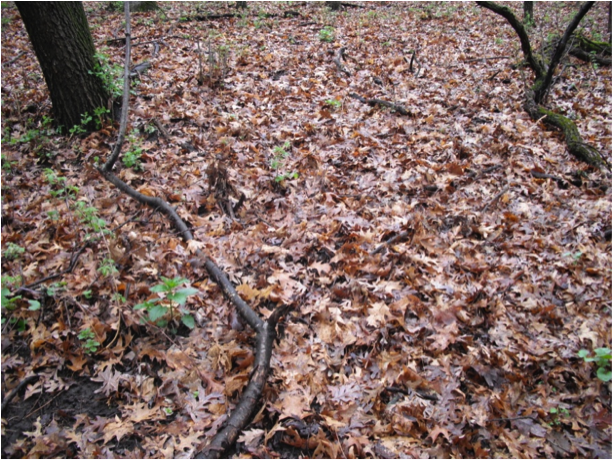 These beetles are notorious for being scavengers and decomposer of the earth’s floor. They will eat decaying leaves, sticks, grasses, plants, as well as insects and animals3, 5. This can be good for the environment because they will eat organic matter that is not usually eaten by other organisms. They are mostly nocturnal but will also be seen active in dark environments during the day3, 5. However, they can also be pests for grasses, their seedlings, and grains5. These beetles do not have much contact with other live organisms. Due to this, they may display a very unique behavior when disturbed. When they feel endangered they flip onto their head, taking a defensive position. The beetles then spray chemicals from their rear scent gland towards the danger. The Yellow Mealworm Beetle’s combination of positive and negative contributions to the environment along with its lack of contact with other organisms makes this beetle even more unique.

Life History
Yellow Mealworm Beetle’s have very distinguishing life cycles. They undergo a process referred to as complete metamorphosis. This life cycle is comparable with butterflies and consists of four distinct life stages6. The first stage is as an egg. The female beetle will lay approximately 500 eggs. The eggs are white, bean shaped, and about 1.25mm in length. They are laid in the soft ground and will hatch into larvae after 1-2 weeks2. When the larvae exit the eggs, they are referred to as Yellow Mealworm since they have still not become a beetle yet are an active organism. These larvae are notorious for being pests in barns, mills, and other areas of human food storage. They undergo between 9-20 molts, shedding of their outer shell, and grow slightly more with each molt. The Yellow Mealworm will reach a length of approximately 25mm7. When the larvae are ready to pupate they spend several days as prepupae near the surface of the food they are infesting7. While in the pupae stage they are between .5-.75 inches in length and change from white to black as the beetle is about to emerge5. Unlike a butterfly, the pupae have no outer covering. Depending upon the temperature the pupae will remain for 3-30 days. The pupae will appear motionless though inside the mealworm will be turning into a beetle2, 6. When the beetle emerges as an adult, they will survive for about an additional 30 days. During this time they will mate, lay their eggs, and will repeat the process. Accumulating all four cycles, their total life expectancy is 3-5 months5.
During their short lives they encounter many dangers. While in the wild, birds are their most prominent predator. However, as of recently, humans have become even greater predators to the Yellow Mealworm. Humans breed and sell them for bird food and fish bait while they are in the larvae stage of their life cycle. Thus, the life of a Tenebrio molitor can vary greatly between each individual in their species.

Distribution
Scientists believe that Mealworms evolved from Eurasia and have spread throughout the world because of human activity8. Currently, Yellow Mealworm Beetle’s reside throughout the northern United States, Western Europe, and parts of Australia8, 9. Minnesota and the rest of upper U.S. region make a great location for them to thrive because of the forests and the many farms which they invade to infest on the feed.

Voucher Information
The Yellow Mealworm Beetle sample was collected at the top of a hillside in a woodland area at Katherine Ordway Natural History Study Area in Inver Grove Heights, MN. The specimen was underneath the leaf-litter which was very moist at the time. 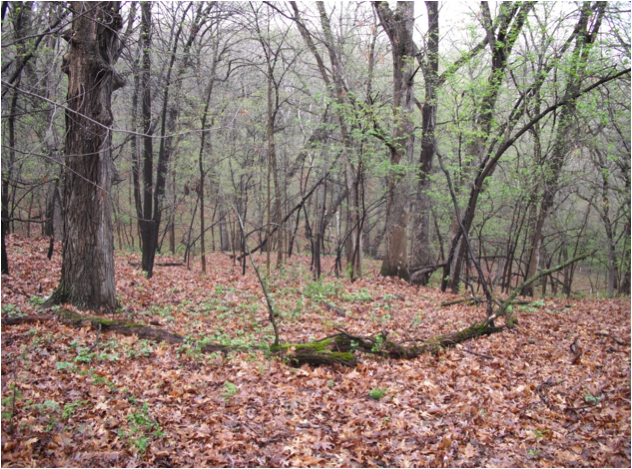