Featured image is taken from a mural painted by WGSS 2010 graduates Bobbi Gass and Abby Seeskin.

Not just a field of study, a transformation in how you see yourselves and the world

Have you thought about how power is disproportionately assigned in society? How people are valued and judged based on gender, sexual orientation, sexuality, indigeneity, race, religion, age, class? You could call this field “underdog studies” because we focus on just that: recognizing and studying inequality and injustice that under-represented identities experience, and then working to bring equity and justice for all.

Students at Macalester tell us their very first course in WGSS transforms everything, from the way they look at music videos to the way they think about politics. Here, you’ll learn to evaluate more analytically what you read, hear, see, and believe. If your goal is to make your employers more fair-minded, laws more just, healthcare more accessible, in short, if you want to work to make the world a better place–Women’s, Gender and Sexuality Studies is a good place to start.

Why Macalester? A door that opens onto a wider world.

Our proximity to a thriving metropolitan area gives you so many opportunities to link theory to practice and engage with the community. Students who major in Women’s, Gender and Sexuality Studies volunteer at homeless and domestic violence shelters, tutor high school students, hold internships with countless organizations like Planned Parenthood, OutFront Minnesota, and in the offices of lawyers and lawmakers. By the way, these lawmakers were first in the nation to ban discrimination based on sexual orientation in 1993 and challenged marriage laws prohibiting same-sex marriage back in, yes, 1973.

Women's, Gender, and Sexuality Studies in the cities

Fortune 500 companies nearby, seeking interns with an understanding of gender and race issues..

WGSS has hosted international conferences, the National Organization for Women, and helped in local independent feminist theater companies such as Theatre Unbound. 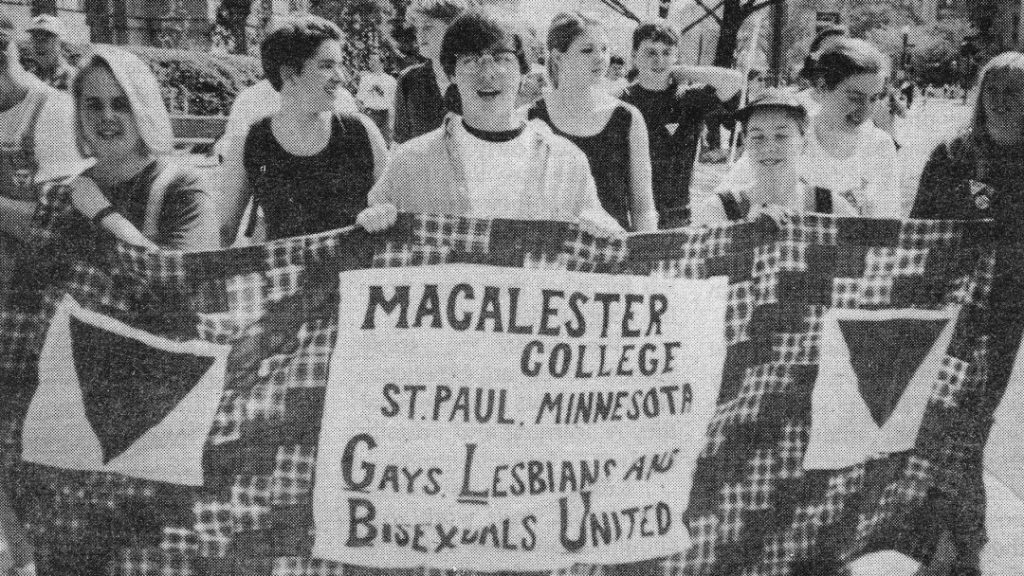