Choosing a college can be thrilling, overwhelming, and everything in between. Generations of students have been in the same place you are now – wondering what school will be the perfect fit. Here are just a few stories from students who had a similar choice to make. 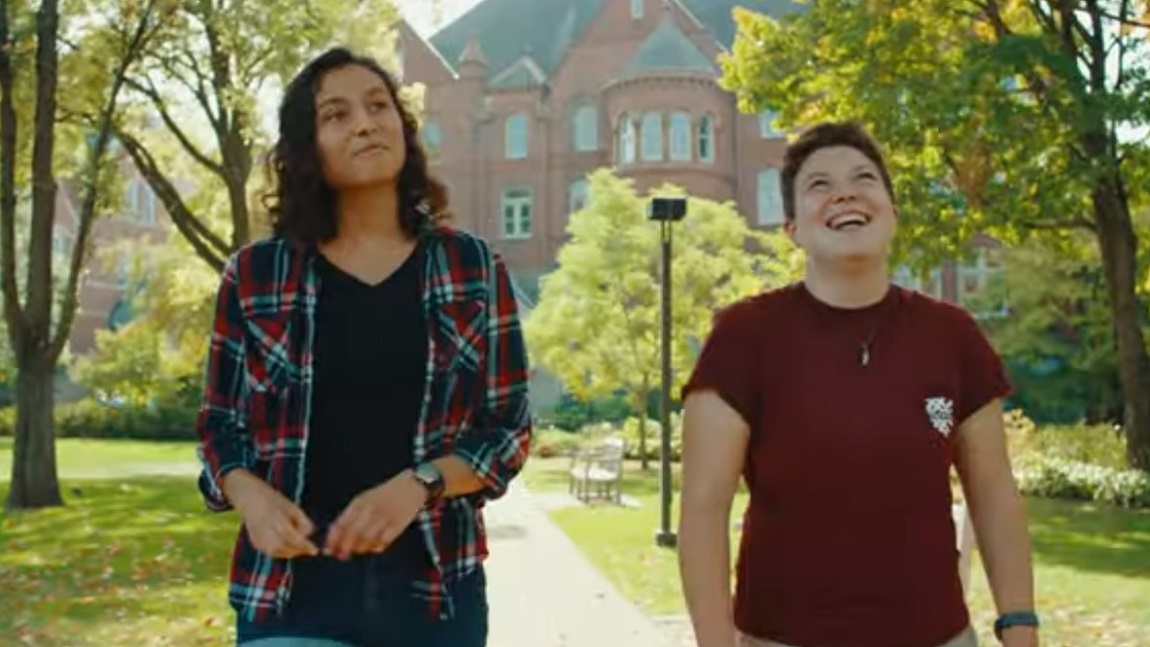 These students share the process and priorities that brought them to Mac!

When I was looking at schools I looked at the East Coast, Midwest…schools that were pretty spread out. I didn’t have a specific school that I wanted to go to, but I wanted to go somewhere that was going to challenge me, but also not stifle my creativity. And I knew I wanted biology or psychology, and I’m now a neurosciences major here.

It’s a funny thing, but I think one of the things that drew me to Macalester was a logo that was an orange peel and it had a little globe inside. It just felt interesting and still quirky. And on that piece of mail, I got a quote by Kofi Annan, which was actually a good friend of my grandfather, who is from Ghana.

When I came here my host was a sophomore. She told me all the best spots on campus and eased me into the transition. I am part of QuestBridge and I am a first generation student, so a lot of things were very new to me and kind of stressful at times. She was also first generation and she shared her network with me, which I think was great for getting different perspectives and feeling connected.

One more thing to know – I can fence

Before coming to Macalester College, I studied in UWC Dilijan, an international high school in Armenia. To me, UWC was a magical 2-year experience during which I understood differences, gained independence and grew to know myself more and more clearly. So, when choosing colleges, I was looking for colleges that believe in education, development and humanitarianism, meanwhile offering strong science majors – liberal arts colleges therefore became my focus.

Coincidentally, around that point, Sarah Schmidt, the director of international admissions, visited our high school. I had never heard of Mac until we had an interview. Yet after that, I started to get to know Mac, actively. I learned that it values internationalism and has a diverse campus; it is located in the Twin Cities, which makes Mac so different from other liberal arts colleges; and it is favoured by a great number of UWCers. Somehow, Mac was more and more impressive to me.

But the most impressive thing about Mac before I came to the campus was its application essay questions. I can’t recall the exact questions but clearly remember I wrote about religion, culture & cuisine and values – the qualities a college should care the most about because we will carry those qualities with us from college, to society. We never lack smart people, but we always need people with kindness, understanding and potential. Some people may say Mac, or other liberal arts colleges, create a bubble. But Mac creates a community where we can learn together while still preparing us for the real world.

After being here at Mac for almost a year and half, I’ve never regretted my decision. I am glad to have chosen a college that prioritizes students and their experiences. During the beginning of the pandemic, Mac was one the few colleges that didn’t kick the students out; most professors care about students and try their best to give us the best learning experience; and the dynamics of international and domestic students, and people from different backgrounds are organic. I can really feel the efforts Mac has invested in me as a student and a person.

Minnesota can be quite cold; but Mac makes it a little warmer.

My first trip to Macalester was in the middle of an April blizzard. Coming from South Florida, I had barely seen snow, let alone been walking around in a snowstorm, but the snow was exciting and fun! During breaks between events, I went around campus making tiny snowmen on benches and curbs, and people seemed to get a kick out of my obvious bewilderment. It was the coldest weather I had ever been in, but the free hot chocolate helped keep me warm.

When I told my friends and professors that I was looking at Macalester college in Minnesota, they all asked me the same question: “Why would you ever want to go live in the snow?”, but it wasn’t only the seasons that I was looking for in my school. I was coming from a pretty small area, so I was focused on schools near or in cities. I also wanted a school with a good music program and plenty of things to do on the weekends.

Most importantly, I wanted a college that could accommodate all of the different things I wanted to do. During college applications, I had an intricate plan with a major, minor, concentration, and pre-med track, and I needed a school where I could do all of it without being completely drained.

As my day of meeting people and learning about Macalester was coming to a close, I had one more stop to talk to an admissions counselor. I explained every detail of my very complicated college plan (I nicknamed it “The Plan”) and practically grilled him for information on how I could make it work at Mac. He sat with me for close to an hour answering all of my questions and giving me department contact information and listing professors I could talk to. At the end of the meeting, when I was finally satisfied that “The Plan” was all possible, he handed me a sticker. It said: “I chose Macalester 2023” over a drawing of the school, and he said, “I think you’ll need this”.

As many people can tell you, things change when you get into college. I have already made many changes to “The Plan”, but I feel confident knowing Macalester can accommodate whatever it is I want to do.

And I was right, I do love the winter.

After matching with Macalester as a QuestBridge Scholar, I was finally scheduled to visit. I was going to get a feel for the college, get to know some of the people, actually be able to set foot on campus, and not just stare at its pictures through my computer. Then COVID hit. I felt alone.

When the Spring Sampler was cancelled, I started worrying whether Macalester was actually a good fit for me. I spent weeks looking through its website over and over, and on paper it looked like a good choice. The glowing pictures of Mairs Concert Hall where I someday envisioned myself playing, and the limitless opportunities to do research with faculty on campus or in the Twin Cities kept me somewhat at ease. I just did not know if I would have a connection to the place or the people. Then came the Instagram follow requests from people that I did not know, but had “Macalester 2024” on their bio.

I started messaging some of these people, asking random questions or sending memes to get to know them. Some ended up being one-line conversations, but others turned deeper. Originally, I thought the conversations about our ideologies and life hardships would be forgotten and that our conversations would end after that. But now every time I find a funny math meme they are some of the first people I send it to. Even though I had never met them in person, I started seeing these people as friends.

When I arrived to Doty Hall, I was not nervous like I thought I was going to be. I knew I had friends I could soon meet. I knew I was not going to be alone. 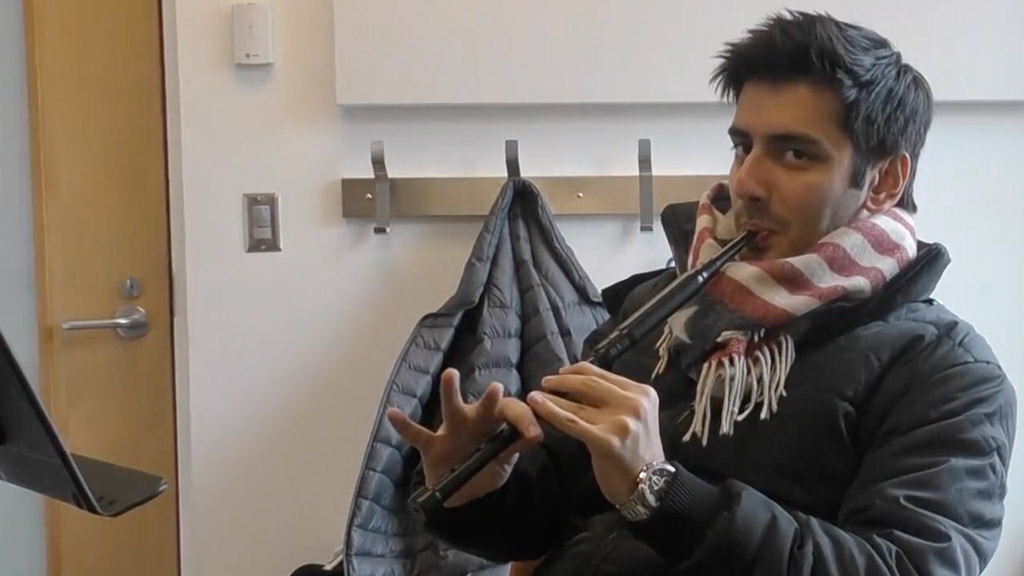 Day In The Life

Spend a day with more students from Macalester. Meet their friends, professors, and roommates. Step into their classes and join them at Café Mac. There’s never a dull moment.