Lynn Hinkle will share some ideas about the role labor can play in achieving sustainability. Lynn intends to look at several areas where labor unions can bargain for sustainability. He will talk about his experience as the UAW negotiating with Ford at the Twin Cities Assembly Plant (TCAP). All of this will be put in the context of looking at total CO2 not merely one aspect in an entire product life cycle.

Lynn Hinkle prepared the “Green Plant Proposal” to partner Ford and Minnesota in production of “clean” vehicles using the facility’s clean hydro power. He continues to work for green conversion of TCAP and is involved in efforts to re-vitalize a Minnesota blue-green alliance, which he hopes will help move Minnesota to adopt policies to reduce greenhouse gas emissions similar to those recently enacted in California. Lynn has been an auto worker for 30 years engaged in full time health and safety work the last 12.

In July 2006, Macalester was awarded $10,000 from the U.S. EPA to compete in a national student design competition for sustainability focusing on people, prosperity, and the planet. Students will use funds from the grant, MCSG, and generous donations from community partners to install an extensive green roof on the Kagin Commons. Through the next several months students and their faculty advisors will conduct research to present to a panel of EPA scientists in Washington DC this spring to compete for an additional $75,000.

Ellie Rogers (White Bear Lake, MN) and Alese Colehour (Minnetonka, MN) and Timothy Den Herder-Thomas (New Jersey) are sophomores at Macalester College. They are actively involved in Macalester Conservation and Renewable Energy Society (MacCARES) and together organized and led the preliminary fishbowl green roof project during spring 2006. Alese is a Biology and Environmental Studies double major, Ellie is undecided, and Timothy is majoring in Biology and Environmental Studies. They would like to encourage you to share any thoughts, questions, or experience as this is still a work in progress!

Land change science is recognized in research and pedagogy as foundational to integrated environmental problem solving. This recognition has spawned efforts worldwide that fuse the natural, social, and geographical information sciences to seek to explain changes in the earth’s terrestrial surface as a coupled human-environment system or social-ecological system. This reinvention of landschaft is illustrated through a long-term (1997 to present) study of deforestation in the agricultural frontier of southern Yucatán. Here, human and environmental processes operating at decadal to millennial scales generate highly dynamic land changes with major implications for the Calakmul Biosphere Reserve and the MesoAmerican Biological Corridor.

Professor Turner received his Ph.D. from the University of Wisconsin at Madison in 1974 and joined Clark University in 1980, subsequently serving as Director of the Graduate School of Geography (1983-88 and 1997-98) and the George Perkins Marsh Institute (1991-1997). You can find out more about Prof. Turner at www.clarku.edu/departments/geography/facultybio.cfm?id=338&progid=15&.

Great Britain and the United States have both seen a significant amount of activist organizing in response to the development of genetically modified organisms (GMOs). But while European publics turned firmly away from genetically modified foods at the turn of the century and catalyzed important new regulatory restraints on the technology, the US anti-biotech movement gained relatively little traction. In this talk, Prof. Schurman seeks to explain the differential efficacy of these two social movements through a comparative analysis. She’ll argue that while conventional arguments about “cultural difference” and Britain’s experience with “Mad Cow” disease are not entirely wrong, a more fruitful approach focuses on the interaction between the structural characteristics of the global commodity chain for food, on the one hand, and conjunctural events, cultural factors, and political interests, on the other.

Since the mid 1990s, there has been a flurry of literature examining environmental narratives or orthodoxies in Africa. While some authors have examined the motivations of professional development workers in perpetuating environmental narratives, Prof. Moseley seeks to offer insight on the role and motivations of volunteer development workers in this process. He examines the factors that led to the questioning or non-questioning of environment-development discourses and their influence, if any, on the actual work undertaken by volunteers. Prof. Moseley, as a former development volunteer, also explores the role that the development volunteer experience subsequently had in shaping our his research as academics. His analysis is based largely on his tenure as a U.S. Peace Corps Volunteer in Mali from 1987-89 as well as succeeding experiences as academics. He draws on memories, interviews with former colleagues and training materials to describe how volunteers were introduced to, and encouraged to act on, environmental problems in the West African Sahel.

The talk will discuss the “Telling River Stories” project an interdisciplinary collaborative venture that builds public awareness of how people have made homes for themselves along the Mississippi River for generations. We’ll pay special attention to selected Twin Cities sites, and explore the potential for bringing together insights from natural sciences, social sciences, and humanities-based disciplines. For more information on the ‘Telling River Stories” project, check out their web site at www.riverdesign.umn.edu/river_stories/index.html.

Patrick Nunnally (Ph.D., American Studies, University of Iowa) is Coordinator of the Mississippi River Design Initiative at the University of Minnesota. He has worked for nearly two decades in public history, historic preservation and river-oriented planning programs, including five years spent as Executive Director of Mississippi River Trail, Inc. which coordinates bike trail development along the full length of the Mississippi River. Nunnally’s current research and teaching on urban design and planning concentrates on urban riverfronts and how they can become social, environmental, and economic amenities.

Saint Paul is blessed with a beautiful urban environment and to maintain that, Mayor Coleman has appointed an Environmental Coordinator so that they can strengthen their commitment to clean water, clean air, and alternative energy for a greener, more sustainable St. Paul.

The presentation will talk about the Land Institute’s vision for the future of agriculture and the work they are doing to get there. This vision is based on the development of a perennial, polyculture agriculture, one that has the stability and health of a prairie ecosystem and yields that rival current annual crops. The soil degradation and loss that is inherent in an annual crop system is not sustainable, and that has been clear for a long time. But what is the alternative? Come learn about some compelling alternatives taking shape at The Land Institute.

Sarah Claassen, a junior at Macalester, is majoring in Environmental Studies with a History focus. She is from Salina, Kansas, and was a research assistant at the Land Institute during the summer of 2006.

“Conservation Volunteer Magazine: How to Tell a True Story of Natural Resources and the Environment”
Speaker: Kathleen Weflen, Editor-in-Chief

With a circulation of more than 140,000 Minnesotans and an estimated readership of nearly half a million, Minnesota Conservation Volunteer is one of the most widely read magazines in the state. For more than 66 years, it has been bringing Minnesotans true stories of their woods, waters, and wildlife. This publication of the Department of Natural Resources appeals to birders, paddlers, hunters, anglers—everyone who cares about protecting and enjoying natural resources. Editor-in-Chief Kathleen Weflen will introduce this beloved magazine and talk about how it has come to be one of the most trusted sources of news and information on the state’s environment and natural resources. In 2001, Minnesota Conservation Volunteer tackled one of today’s most difficult stories: the impact of global warming. “The Crossroads of Climate Change” looked at potential local impacts. Kathleen will tell how she approached reporting this story, which became a catalyst for forums around the state and was reprinted in St. Paul Pioneer Press, local newspapers, and various Web sites. Kathleen will also talk about the recent Society of Environmental Journalists conference, where reporters from across the nation discussed “The Biggest Story, the Biggest Challenge: Capturing Climate Change.” How can journalists effectively tell a true story of this magnitude?

The Great Lakes contain a full 18% of the world’s surface freshwater, and Minnesota borders the biggest Great Lake of them all, Superior, yet the state identifies itself more with the Mississippi and its 10,000 inland lakes. Minnesota will also be called on to be an exemplary steward of the Great Lakes in the 21st Century.
The Great Lakes are suffering what one group of scientists called a potential “ecological meltdown.” Under the combined assault of 170 invasive aquatic species, 300 chemical pollutants, significant habitat loss and increasing water withdrawals, the Lakes are in trouble — but also capable of recovering swiftly with the right policies and practice. What is Minnesota doing right and wrong to protect the Great Lakes? How could Minnesota be not only a headwaters state for the Great Lakes but a model steward, setting the pace for the other 7 Great Lakes states and 2 Canadian Great Lakes provinces? Find out…

Dave Dempsey currently serves as Great Lakes Policy Advisor for Clean Water Action, a national citizens’ organization working for clean, safe and affordable water, prevention of health-threatening pollution, creation of environmentally-safe jobs and businesses, and empowerment of people to make democracy work. He is also a policy consultant to the Michigan Environmental Council. Dave has a bachelor of arts degree from Western Michigan University and a master’s degree in resource development from Michigan State University, and has served as an adjunct instructor at MSU in environmental policy. He has been active in environmental matters since 1982. 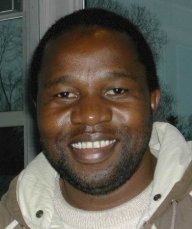 Great River Greening has been managing and restoring natural areas along the Minnesota and Mississippi Rivers since 1995. Projects currently underway focus on high diversity prairie, savanna, and forests within major river valleys. Three on-going projects will be discussed: Pilot Knob Historic site, Indian Mounds Regional Park, and Cargill Salt Floodplain forest. Each site is highly degraded and has its own restoration challenges. The projects raise questions about conservation priorities, especially in developed areas and areas where development planning is often contentious.

As the Conservation Ecologist at Great River Greening, Dan Tix is primarily responsible for restoration and management design of native plant communities. Dan received his Ph.D. from the University of Minnesota in plant biology, during which he researched management of restored prairies along roadsides and in urban areas. He has prior experience performing plant inventories for ecological management projects in California, the Dakotas, and Minnesota.

Dan Murphy-Cairnes will be presenting “Remixing Kirstenbosch National Botanical Garden: Propagating an Alternative Garden Culture Through the Unofficial Audio Tour.” While studying abroad in Cape Town, South Africa, Dan researched the intersections of invasive species rhetoric with the social and natural histories of Kirstenbosch National Botanical Garden. His research culminated in the recording of an unofficial audio tour of the Garden. He will be presenting the audio tour and discussing the social identities of study abroad student/tourists.

Miki Palchick will be presenting “Market-based Land Reform and Agricultural Struggles in Genadendal.” For this project, she looked at the documented history of land reform in South Africa and then conducted interviews with residents of Genadendal, a rural community in the Western Cape, in order to investigate how small-scale farmers have been affected by the legacy of apartheid and the deregulation of the economy following the A|NC take over in 1994. The main objective of her research was to identify the challenges facing marginalized South African agriculturalists, in order to better understand how the national land reform program can better meet their needs.