Few Americans identify slavery with the cultivation of rice. Yet rice was a major plantation crop during the first centuries of settlement in the Americas. By the middle of the eighteenth century, rice plantations in South Carolina, and the enslaved Africans who worked them, had created one of the world’s most profitable economies. A longstanding question in American historiography is how rice, a crop introduced to the Americas, came to be cultivated in plantation societies. This lecture discusses the provenance of rice and its cultural antecedents in the Americas. It establishes, through agricultural and historical evidence, the independent domestication of rice in West Africa and the crop’s vital significance there for a millennium before Europeans arrived and the transatlantic slave trade began. This rice accompanied enslaved Africans throughout the New World, including Southern colonies, Brazil, and the Caribbean. Slaves from the West African rice region established rice as a food crop and provided the critical knowledge that enabled its cultivation. A comparative analysis of land use, methods of cultivation, processing and cooking traditions on both sides of the Atlantic during the plantation era help fill in the historical record. Recent genetics research and findings of African rice in botanical collections and among contemporary maroon societies of Suriname lend support for the African lineaments of rice culture in the Americas.

Judith Carney, professor of geography at UCLA and recipient of three distinguished teaching awards, is the author of two award-winning books: Black Rice: The African Origins of Rice Cultivation in the Americas and In the Shadow of Slavery: Africa’s Botanical Legacy in the Atlantic World. Her research centers on African ecology and development, food security, gender and agrarian change, and African contributions to New World environmental history. The Association of American Geographers has honored her with the Netting Award in recognition of distinguished research that bridges geography and anthropology, the Carl Sauer Distinguished Scholarship Award for significant contributions to Latin American geography, and the Distinguished Scholarship Honors. Recent publications study the human usage of mangrove ecosystems in West Africa and the diaspora, the historical significance of recent genetic sequencing of African rice, and African foodways in the Americas.

Co-Sponsored by the Environmental Studies and Geography Departments. 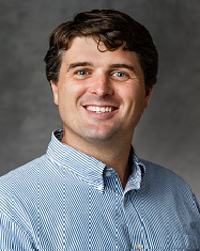 Two centuries before the industrial revolution’s “dark Satanic mills” polluted the air and water of British cities, London was the first and only city in the world to suffer from continual serious air pollution. Caused by coal burning, the smoke of London produced a surprising set of responses. From the 16th to the 18th centuries Londoners objected to their smoky urban environment in ways that foreshadowed, and yet profoundly differ from, modern environmental movements. Among their strategies for dealing with coal smoke were temporary escapes from urban space, a response that helped make the polluted city endurable, but in ways that were both profoundly socially unequal and also did nothing to reduce London’s ever-worsening air pollution.

Dr. Will Cavert is a historian of Britain during the early modern period, c. 1500-1800, with research interests in urban and environmental history. He is the author of The Smoke of London: Energy and Environment in the Early Modern City, published in 2016 by Cambridge University Press.

Pete has more than 12 years of experience in the renewable energy field.  He currently leads Longroad Energy’s project development activities in the Western US.  Before joining Longroad, Pete worked for SunEdison, where he led a team that closed construction financing on more than 1 GW of wind and solar projects in 2015 and 2016.  Prior to Sunedison’s acquisition of First Wind, Pete worked at First Wind for 8 years.  There, Pete led the development of the company’s first greenfield solar projects, which were the first of their kind in Utah and among the largest projects built in the US in 2016.  Pete worked for General Electric for four years before he joined First Wind.  At GE, Pete held roles in strategic planning as well as its ecomagination initiative.  Before GE, Mr. Sullivan worked as part of the habitat assessment team at The Nature Conservancy.  Pete lives in the Macalester neighborhood with his wife and four sons. 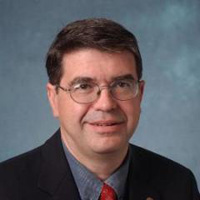 In the next two decades, almost two billion additional people are expected to populate the Earth, 95% of them in developing or underdeveloped countries. This growth will create unprecedented demands for energy, food, land, water, transportation, materials, waste disposal, earth moving, health care, environmental cleanup, telecommunication, and infrastructure. The role of engineers will be critical in fulfilling those demands at various scales, ranging from remote small communities to large urban areas, and mostly in the developing world. A simple question arises: Do today’s engineering graduates and engineers have the skills and tools to address the global problems that our planet and humans are facing today, or will be facing within the next 20 years? Since the answer to that question is negative and we cannot solve tomorrow’s problems with yesterday’s tools and skills, a new epistemology of engineering practice and education is needed; one that is based on the idea of reflective and adaptive practice, system thinking, engagement, and a holistic approach to global problems. This new form of engineering education and practice must be designed to cover a wide range of technical and non-technical issues in order to train global citizen engineers and whole persons, capable of operating in a multi-cultural world. As we enter the first half of the 21st century, the engineering profession must embrace a new mission

Dr. Bernard Amadei’s has a global presence.  He is the founding President of Engineers Without Boarders- USA and co-founder of the Engineers Without Boarders- International network; he has also served as a Science Envoy to Pakistan and Nepal for the US State Department.  His current interests reside in the application of systems science and complexity science in small-scale community development projects and geological engineering projects. Dr. Amadei is also interested in the new field of Peace Engineering (PeaceEng). It introduces engineers to the issues and mechanics of conflict analysis and peace building and invites engineers to develop systemic methods and technologies to support peace building efforts in conflict avoidance, reduction, and/or recovery.

The term “fishless lake” may conjure images of a waterbody devoid of life, yet fishless lakes are teeming with a unique suite of organisms. Dr. Schilling’s research elucidates the importance of these freshwater habitats as refuge for species that are not adapted to coexist with fish. Her collaborative work has informed management and restoration of this unique habitat-type, which has been declining due to widespread fish introductions. Currently, Dr. Schilling is focusing on darner dragonflies, a group that thrives in the absence of fish and includes the largest and most mobile dragonflies in North America. Her research is revealing the complexities of conservation planning for transient and migratory species as well as those whose ranges are shifting in response to climate change.

As climate changes, species can respond in three ways: adapt to new environmental conditions, move to a new region, or die out. Populations that are particularly vulnerable to climate change are those that are currently at the southern edge of a species’ geographic range. Her research examined life history traits in a boreal plant species, Lysimachia borealis (starflower) from its southernmost Midwest populations in Chicago (41.5° N) along a latitudinal gradient to northern Minnesota (48° N). She found that southern populations had fewer plants than northern populations, and plants in southern populations were smaller and less reproductive than northern populations. On the other hand, not all species are at-risk due to climate change. Tropical species have more potential habitat available to them as temperatures increase. In the temperate-tropical ecotone, tropical mangroves have expanded their ranges poleward and increased in abundance at their northern range limits. At the mangrove range edge in northern Florida (~30° N), mangroves exhibit dispersal and reproductive traits that may increase their rate of range expansion. Her research examined mangroves that have developed precocious reproduction at their northern range limit, with seedlings reproducing in the first year after establishment. The mechanisms driving shorter time to reproduction in mangroves at their range edge are unknown, but may increase population growth rate and favor range expansion.

Agricultural expansion and urbanization has increased over the past few decades in the upper Midwest, resulting in negative consequences for the biodiversity and ecosystem function of ecological communities.  In this talk, Dr. Tania Kim examines how land-use change due to agriculture affects predatory arthropods, their ability to suppress insect pest populations, and plant biomass (i.e., trophic cascades).  Using the soybean/soybean aphid system, she found that landscape composition can affect soybean biomass through their effects on predatory and pest arthropods.  In particular, landscapes with a diverse mixture of habitats can increase the strength of trophic cascades by attracting arthropod predators resulting in beneficial effects on soybean plants. These results can be used in sustainable agriculture where landscapes can be designed in ways that will minimize insecticide use while maintaining agricultural productivity.

How plants will cycle and store carbon under global climate change is a pressing question in ecology. Dr. Heskel’s research uses tools of plant physiology and ecology to address the impacts of environmental change on plant metabolism and ecosystem community structure in Arctic tundra, boreal, and temperate forest systems. For this talk, she focuses on two major elements of her research: plant respiration – the release of carbon dioxide that occurs in tandem with photosynthetic carbon assimilation – and forest canopy phenology – the seasonal variation of life history events, and how these processes can be modeled under current and future climates.

Forests provide numerous ecosystem services including water provisioning, carbon storage, biodiversity protection, recreation opportunities, and resource extraction. Understanding the impacts of land use and climate change on how forests provide these services requires understanding forests at a broad scale. Two examples highlight the need for improved understanding in global forest ecology. The first is an analysis of the climate change and other ecosystem services derived from a first-of-its-kind forest offset program in California. The second is a study of deforestation in the Peruvian Amazon that examines how land use zoning, one of our most ubiquitous forms of land use management, impacts large scale deforestation as observed by satellite. Together these two examples provide a snapshot of global forest ecology gains in forest carbon and losses in deforestation, both of which are needed in order to resolve our understanding of global forest ecology.

Terrestrial ecosystems are experiencing two related global change impacts: climate change and widespread land-use/land-cover change, much of which is driven by agricultural expansion and management.  This presentation investigates two case studies in order to ask the question:  How will terrestrial global change impact ecosystem ecology?  First, Dr. O’Connell will explore the ecological consequences of agriculture in the Amazon rainforest.  For a second case study, she reports the effects of the severe 2015 Caribbean drought on below ground nutrient cycling and soil greenhouse gas emissions in a wet tropical forest in Puerto Rico.  As global change continues, determining how to utilize dynamic landscapes while minimizing ecological disruption will be key to sustainability.