“Politics – The Fourth Leg of Sustainability”
Speaker: Mark Ritchie, President of the Institute for Agriculture and Trade Policy (IATP)

In 2004 environmental organizations and activists got involved in local, state, and national elections as never before. Ritchie will discuss the lessons that can be drawn from this involvement and address where this activist energy might be directed in the future.

Mark Ritchie has been President of IATP since 1986. He is on the Board of more that a dozen local and National organizations dealing with environmental, agricultural, and economic issues. In 2004 he was named Activist of the Year by the Minnesota Alliance for Progressive Action. Ritchie has a B.S. Degree in Education and Urban Studies from Iowa State University and a Masters in International Public Law from the University of Amsterdam.

IATP is a Minneapolis based non-profit with a worldwide reach. Its mission is to promote resilient family farms, communities, and ecosystems around the world through research and education, science and technology, and advocacy.

In January, a group of Macalester students had the privilege to travel to Boston to attend the annual National Convergence of the Student Environmental Action Coalition, a student and youth run national network of progressive organizations and individuals whose aim is to uproot environmental injustices through action and education. They will discuss their experiences there, with a focus on the anti-oppression work that SEAC is doing in the environmental movement to challenge racism, sexism, heterosexism, and classism within environmentalism. They also hope to brainstorm actions we can take together at Macalester regarding SEAC campaigns and other efforts to embrace anti-oppression work on our campus. Please be a part of the dialogue!

JustEnergy is a campaign to educate people about the devastating impacts of Manitoba Hydro’s large scale dams on indigenous communities and the environment in Northern Manitoba . Because U.S. utilities, primarily Xcel Energy, purchase 40 per cent of this electricity, JustEnergy is engaging Minnesota consumers, legislators, and regulators to work for standards which assure that its production does not harm people or the environment.

Ken Bradley is a community organizer and activist who has worked for JustEnergy since 2002. He has assisted in the creation and execution of numerous grassroots campaigns, including the “Stop Highway 55” campaign and most recently the Minneapolis Bill of Rights Defense Committee. He is also the current Chair of the Executive Committee of the North Star ( Minnesota ) Chapter of the Sierra Club. Prior to his political work, Ken was a self-employed performance artist who, among other projects, did writing and producing for Comedy Central’s show “Let’s Bowl.”

This talk addresses two examples of the Ford Motor Company’s attempts at vertical integration during the 1920s and 1930s–growing rubber in Brazil and cutting lumber in northern Michigan. Each case study illustrates different aspects of the relationship between the auto industry and the environment during the interwar period, such as the growing scale and complexity of environmental change in the era of mass production, the intricate connections between new consumption patterns and environmental change, and the ways that environmental factors both enabled and constrained the company’s activities.

This talk will examine the history of the Rockefeller Foundation and its promotion of chemical pesticides for malaria eradication and agricultural modernization in the post-war period. The talk will focus on the controversial pesticide DDT, recounting how the Foundation embraced and encouraged the international use of the pesticide, while exploring the discursive links and variances between DDT’s use in agriculture and public health projects.

Representative Keith Ellison has an undergraduate degree from Wayne State University in Detroit and a law degree from the University of Minnesota. He is in his second term as a Minnesota legislator and was recently recognized by the Minnesota Alliance for Progressive Action with that organization’s Progressive Elected Official Award for 2003. He has been an attorney in private practice and with the Legal Rights Center. After just two years at the legislature, he has emerged as an outspoken leader on a number of progressive issues, including environmental justice. He is a co-founder of the newly formed Environmental Justice Advocates of Minnesota.

This EnviroThursday is co-sponsored with the American Studies Department.

Smallpox epidemics threatened San Francisco every several years in the late nineteenth century. These epidemics — and vaccine, a major tool deployed against the disease — raised difficult questions about San Franciscans’ everyday connections with nature. How did diseases change as they traveled, between animal to human bodies; between human bodies differentiated by race, ethnicity, age, or gender; or simply across time and space? Where did reliable remedies come from, and how could they be recognized? Who could be trusted to interpret how illness transformed and was transformed by diverse bodies? Eventually, smallpox vaccine reshaped both the epidemiology of smallpox and how nineteenth-century Americans understood the connections epidemic disease made — both between bodies and place and between widely separated places.

Project, campaign, and issue updates will be welcome from student groups, the Campus Environmental Issues Committee, and the Environmental Studies Department. If you want to find out more about environmentalism at Mac or want to share information about projects or campaigns you are working on, come to this open forum.

Macalester will join energy activists across the U.S. and Canada by hosting a screening of “Oil on Ice,” an award-winning new film that connects the survival of northern communities and the fragile lands they depend on to the decisions we make about energy policy.

The Bush administration has proposed in the federal budget to open America ’s Arctic National Wildlife Refuge to oil drilling, and the Senate is set to vote again on the Energy Bill in March. At the same time, Canada is rapidly preparing to open the north to extensive oil and gas development through the proposed MacKenzie Gas Project which, if built, will push further destructive exploration and expose the Arctic Refuge to further drilling.

Come to EnviroThursday to learn more about the impacts of this arctic drilling and actions that you can take to help change the direction of current North American energy policy.

“Toward More Complex Understandings of Environmental Change: Social Change and Rangeland Dynamics in the West African Sahel”
Speaker: Matthew Turner, Professor of Geography and Co-Chair of the Department of Geography, University of Wisconsin, Madison

Our understandings of ecological change in many parts of the developing world are based on simple models of ecology and society. The Sahelian region of West Africa has served as a prominent example of a succession of biophysical and social models of environmental change. Despite many years of recurrent interest in the region, our understanding of the biophysical processes and soil roots of land degradation remain limited. Our ignorance is both a symptom and cause of the simple models we have brought to the region. Using the example of Sahelian rangelands, this talk will show how a more serious consideration of degradative processes associated with livestock actions reveals the ecological importance of not only the size but the spatiotemporal distribution of local livestock populations. The size and spatiotemporal distributions of local livestock populations are affecting by a range of social changes occurring in the region. Using historical and contemporary examples from the countries of Mali and Niger, these changes and their influence on grazing pressures will be explored. The talk will conclude with a discussion of implications for ‘sustainable development’ in semi-arid regions of Africa.

This EnviroThursday will include a presentation by a representative of the Sustainable Resources Center regarding their education and prevention programs and a discussion of legislation recently introduced in the Minnesota House of Representatives to strengthen Minnesota policy and programs concerning lead poisoning.

“Solving the Transit Problem in the Twin Cities”
Speaker: Barbara Thoman, Program Director of the St. Paul based non-profit, Transit for Livable Communities

Metro Transit is facing a $60 million budget shortfall that will likely result in fare increases and drastic cuts in bus service. Without new money, bus service on Grand Avenue and other routes will be greatly reduced. At the same time, Hiawatha light rail trains are packed, more rail and busways are being planned, and U-Pass use at the University of Minnesota is at an all time high. What’s going on here? Join staff from Transit for Livable Communities to learn more about transit, highway expansion and suburban sprawl in the Twin Cities region.

Ms. Thomas co-founded Transit for Livable Communities (www.tlcminnesota.org) in 1996. TLC’s mission is to work toward a greater reliance on transit use, biking, and walking through research, education, and advocacy. Before co-founding TLC, Ms. Thoman worked in the field of solid and hazardous waste management for the State of Minnesota, the State of California, and Winona County.

Mr. Kinsey will discuss the important role that small farmers and rural poverty reduction play in protecting the land and environment in Tanzania, with a particular focus on the role of livestock farming. Heifer International has worked for many years to address these issues and has been recognized by experts such as Jane Goodall for focusing on needs of people and communities while promoting environmental conservation efforts.

Erwin Kinsey was born on a dairy and maple farm in Vermont, studied animal science at the University of VT, and worked two years in Mexico with small farmers before heading to Tanzania to work for Heifer International for the past 28 years.

This presentation will examine what it means to consider animals in literature, not only as metaphors or figures or fables, but as animals in their own right. Are animals in the Humanities an oxymoron? Prof. Bergman will consider the example of “King Lear” in which animals are treated as a central concern, not only a pattern of images but a theme. Animals and humans are linked as in Lear’s suffering, for example, which makes him “a comrade to the wolf and the owl.”

In addition to teaching English at Pacific Lutheran, Professor Bergman is Chair of the Campus Sustainability Committee and of the University faculty. He is the author of several books, all on natural history topics. He is the father of Macalester student, Eric Bergman. He has a PhD in English from the University of Minnesota. 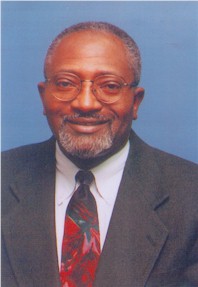 Dr. Robert Bullard is an author, teacher, activist, lecturer and a widely acknowledged expert on issues of environmental justice and environmental racism. He has testified as an expert witness in dozens of civil rights cases over the past decade. He is the author of eleven books that address environmental justice, including Dumping in Dixie, an award winning volume that is a standard text in the environmental justice field and is the most widely cited book on the subject. First published in 1990, the third edition was released in 2000. Other recent works include Sprawl City: Race, Politics, and Planning in Atlanta (2000), Just Sustainability: Development in an Unequal World (2003), and Highway Robbery: Transportation Racism and New Routes to Equity (2004).

Dr. Bullard is currently Ware Distinguished Professor of Sociology and Director of the Environmental Justice Resource Center at Clark Atlanta University. He has also served as professor of sociology at the University of California, Riverside, as well as visiting professor in the Center for Afro-American Studies at UCLA. He was one of the planners for the First and Second National People of Color Environmental Leadership Summit and also served in the U.S. EPA National Environmental Justice Advisory Council where he chaired the Health and Research Subcommittee. He holds a Ph.D. in Sociology from Iowa State University.

“Trade in the Americas: The Cuba Blockade and CAFTA”
Speakers: Macalester Students Joe Schweigert and Claire Stoscheck, and Tara Widner from the United Steel Workers of America

Come hear two Macalester students, First Year Joe Schweigert and Sophomore Claire Stoscheck, who were recent Witness for Peace delegates to Cuba, share their reflections on their trip and on U.S. trade and travel policy for Cuba. The second half of the presentation will be Tara Widner of the United Steel Workers of America speaking about the potential costs and consequences of CAFTA, and what you can do to stop it.