In some areas of the Rocky Mountains (e.g., Yellowstone and Rocky Mountain National Parks) high densities of elk are suppressing aspen regeneration, especially after disturbance. i.e., fire. How such changes affect other species (from flowering plants to insect herbivores) is not well understood and may have long term management implications for the conservation of biological diversity. Paula Neff will discuss the research that her students and her have been conducting in the Jemez Mountains, NM, that utilizes experimental exclosures to measure the response of butterflies and vegetation to elk herbivory. Results thus far indicate that elk browsing is suppressing flowering plant availability and aspen regeneration and in turn, affecting adult butterfly community composition in some habitats in some years. Their results support both the trophic cascade hypothesis and the aspen refugia concept as mechanisms for sustaining aspen on the landscape.

For the first time in 2007, more than half of humanity will live in cities according to the UN. Human activity in urban areas alters atmospheric composition, modifies components of the water cycle, and substantially changes land cover and the carbon budget. This presentation provides a review of the influence of the urban environment from local to global scales. Among the topics discussed are (1) green roofs and their role in mitigating heating in the “urban canopy”, (2) the role of urban heating and pollution on precipitation downwind of urban areas, and (3) the role of urban land cover changes on global climate. Despite our best efforts, a more integrated understanding of the complex interactions of the urban environment and the Earth system is still needed.

“The River We Have Wrought”
Speaker: John Anfinson, Historian and Cultural Resources Specialist for the Mississippi National River and Recreation Area

Looking at the upper Mississippi River today, especially below the Twin Cities, you might think it appears fairly natural, but the upper Mississippi has been twisted and molded and forged into a very different river from what it was naturally. Midwesterners, through Congress, the U.S. Army Corps of Engineers, and the Fish and Wildlife Service have reshaped the river for navigation, flood control and for hunting and fishing. In his presentation, Dr. John Anfinson will show how and why we have physically and ecologically transformed the Upper Mississippi River, and discuss where the river might be headed.

John Anfinson worked as a cultural resources specialist and District Historian for the St. Paul District, U.S. Army Corps of Engineers from 1980 to 2000. John is a founding board member of Friends of the Mississippi River, an organization that focuses on the environmental health of the Mississippi in the Twin Cities area. He is also a board member of the Minnesota Marine Art Museum, of Winona, Minnesota. John holds a Ph.D. in American History from the University of Minnesota.

“ENSO” stands for El Nino/Southern Oscillation, a positive feedback loop in the tropical ocean/atmosphere system whose appearance every few years can not only rain out spring break in Florida but bring famine to hundreds of millions of people in south Asia and the central US. Meanwhile we are well on our way to doubling the carbon dioxide concentration of the atmosphere in less than two centuries. Will ENSO activity and impacts be affected, and if so, how? I’ll discuss how observations, models, and “proxy” records for ENSO activity over the past several centuries can be used to distinguish normal variations from anticipated effects of climate change.

Help make Macalester College one of the first “zero-waste” educational institutions in the country.

You are invited to a ground-breaking meeting on Thursday, March 1! You are invited for both your own information, but also as a prominent community member your presence will be a visible endorsement for this endeavor. Zero waste is a reachable long term goal for this college but we can only make it happen if everyone embraces recycling and ways to reduce and eliminate waste.

Macalester’s Facilities Management department is proud to present the unveiling of recommendations that will help make Macalester College a zero-waste campus. Our efforts will provide a foundation for the holistic vision of “waste resource management.”

As you may know, Macalester College entered into a resource management contract last year with Eureka ecycling, a local nonprofit recycler with a mission to demonstrate that waste is preventable, not inevitable. Eureka Recycling has been working with Facilities Management to record baseline data, analyze our current systems, and conduct waste sorts to learn about what we waste. Eureka Recycling has now put together a report outlining recommendations on how we can begin implementing initiatives to reduce our waste and move towards becoming a Zero Waste campus.

His book chronicles a two-year photographic journey in the remote northeastern Alaska refuge which encompassed 4,000 miles, during which time he worked and lived with native Gwich’in Athabascan and Inupiat families, learning their way of life and developing a deep love for the land. Of his presentation, Banerjee explains, “Ginsberg never visited the arctic, nor did he ever write about it, yet it is his poetry that is helping me to frame the American Arctic in our mind.”

American naturalist, novelist, short story and nonfiction writer Peter Matthiessen commented on Banerjee at the Lannan Foundation Culutural Freedom Event (Santa Fe, NM, March 31, 2004), “Subhankar Banerjee has produced an extraordinary body of work. He is a super young man and extraordinarily committed. His potential for making a difference has already been established by the broad public interest and support.”

Born in a small town in India, Banerjee came to the U.S. in 1990 for his Master’s Degree in science. After six years at Los Alamos National Lab and Boeing Corporation, he left the scientific fields to pursue his art in the Arctic. Among many honors, he is the recipient of the 2005 Greenleaf Artist Award (United Nations Environment Program) and the 2003 Cultural Freedom Fellowship from Lannan Foundation. His work has been exhibited in major museums in the United States and all over the world.

Contact Macalester College associate professor Wang Ping for more information or with any questions: 651-696-6512 or ping@macalester.edu.

Do you have plans for the summer yet? Compliment your undergraduate experience with a WILD ROCKIES FIELD INSTITUTE (WRFI) course. WRFI offers a variety of field-based, academic courses for credit throughout the year, in departments such as Environmental Studies, Anthropology, Forestry, Geography, Science, and Native American Studies. Their courses are taught entirely in the backcountry of spectacular places like Montana, Utah, Alaska, Canada and Mexico. Each course takes an interdisciplinary and holistic approach to studying human interactions with landscape. They strive to cultivate sense of place, critical thinking skills and stewardship among our students. Please check out their website at www.wrfi.net.

Bethany Swanson has been an instructor for WRFI for the past several years on courses in Alaska, Utah and Montana. When she’s not out in the field, she’s traveling around spreading the “WRFI word” to students, professors and staff at colleges and universities around the country.

Cate has been teaching photography at Concordia for the past 12 years and Community Arts for the past 3 years. While she was in graduate school at the University of Minnesota, she began to work with racial justice and anti-oppression issues and saw the strong connection between art, education and political activism. Cate began to work heavily within environmental activism and education through her work with the Farm In the City summer program, an outdoor environmental classroom. There she infuses a science and environmental education into the art courses.

“Negotiating with Nature: An Examination of the Evolution of Urban Parks in the Twin Cities”
Speaker: Ariel Trahan, ’07

Ariel Trahan’s honors thesis in Environmental Studies examines three local case studies—Loring Park, Lake Harriet, and the Bruce Vento Nature Sanctuary—which illustrate the dynamic relationship between humans and nature. Urban parks have variously served as pleasure grounds for moral uplift, recreational/entertainment facilities, abandoned sites of urban decay, and most recently sites of ecological restoration that promote a harmonious view of cities and nature. Examined as a whole, the history of urban parks illustrates how changing social values and evolving ideas about nature have been manifested in the various forms of urban parks that have been developed over the years.

This presentation will review aspects of the social and cultural origins of western science, consider the relation of science to modern globalization, and to the loss of biological and cultural diversity. It explores cultural values embedded in indigenous ways of knowing (especially traditional ecological knowledge) and raises questions of why and how to include different ways of knowing the natural world in Environmental Studies.

The news is full these days of environmental issues both local and global. People’s awareness is growing: Americans, in particular, show higher levels of concern about environmental issues than ever before. Yet, how much is this awareness and concern affecting our lifestyle decisions and our daily choices? It is these behavioral choices, after all, that add up to the very problems we are so concerned about, and it is our behavior that must change if we are to effectively deal with environmental problems.

Conservation psychology is the recently established (and growing) discipline of psychology that studies our reciprocal relationships with the natural world, with the explicit goal of investigating and promoting environmental sustainability. Conservation psychologists look at environmental issues from the perspective of “what drives this behavior?” Some conservation psych efforts focus on the internal (or psychological) factors underlying all behavioral choices, for example, people’s receptiveness to persuasive messages about the environment, or people’s level of connectedness to nature. Other conservation psych efforts examine specific behaviors, identifying and working to overcome the barriers, both real-world and perceived, to a particular action such as carpooling, composting, or buying wind power.

In the last two years Dr. Manning has conducted a series of conservation psychology studies in collaboration with local colleagues, Drs. Elise Amel and Britain Scott. For example, they have examined message framing and found strong framing effects on people’s self-reported willingness to try a new sustainable action. In a separate study, they surveyed people about the barriers they perceive to using their bikes for errands within three miles of their homes. She will discuss some of the broad lessons they have learned about behavior change based on these studies and other research. 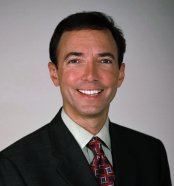 “A Threat and an Opportunity:  Climate Change in Minnesota”
Speaker:  Paul Douglas, Chief Meterologist at WCCO-TV

Paul Douglas will speak about observations on climate change and its effects for Minnesota communities.

Paul Douglas is Chief Meteorologist at WCCO-TV. He has been forecasting the weather for WCCO-TV’s viewers since 1998. With a meteorology degree from Penn State, Paul has been broadcasting television weather reports for 25 years.