Honey bees are our critical to our food security, pollinating one-third of the food we eat: most of our fruits, nuts and vegetables.  They’re struggling.  It’s hard to be a bee these days for a number of reasons.  Learn more about what’s going on with our pollinators, why they’re important and ways you can help, both in your yard and at the capitol.  Pollinate Minnesota is an education and advocacy organization working for a better Minnesota for pollinators and people. It was founded by Environmental Studies Mac Grad Erin Rupp in January 2015.

“Why Organic Can’t Compete with Conventional Agriculture and What We’re Going to Do About It”
Speaker:  Paul Burkhouse, owner of Foxtail Farm, a Community Supported Agriculture (CSA)

Together with his wife, Paul Burkhouse runs Foxtail Farm, a 300 member winter CSA farm in the Twin Cities.  He holds a PhD in plant sustainable agriculture and teaches occasional classes in the history of U.S. agriculture at the University of Minnesota.

What is the EcoHouse?  Find out about our own Eco-Living/Learning Laboratory.  EcoHouse students will talk about the house and their projects.  This is an excellent opportunity for EcoHouse applicants to learn more about living in the house from current residents.

RDO, the largest potato grower in the U.S., has a large base in northern Minnesota.  It’s the perfect place for potatoes, but nearby communities are feeling the harmful effects of pesticide drift.  Concerned farmers and families have joined with the Pesticide Action Network to form the coalition Toxic Taters.  Join us to learn more about large-scale pesticide use in MN and what you can do to help.

Rachel Lieberman and Millie Varley are research interns for the Toxic Taters coalition.  Rachel intends to major in Biology and Millie in Geography, both with emphases on environmental studies. 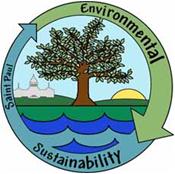 Mayor Chris Coleman and the Saint Paul City Council are committed to making Saint Paul “The Most Livable City in America” and a leader in sustainable urban living.  A group of City staff are working together to meet both of these goals. Join us for a presentation by the Sustainable Saint Paul team on the variety of sustainability initiatives happening right here in Saint Paul.

Catherine Neuschler is a 2002 Macalester Environmental Studies/Political Science graduate.  She also has a Masters in Public Affairs from the School of Public and Environmental Affairs at Indiana University.  She has worked at the Minnesota Pollution Control Agency since 2006, starting in Clean Air Act implementation and policy.  She now supervises the Agency Rules unit, which includes rule development and environmental justice. 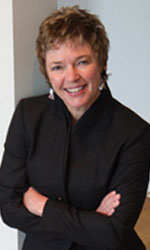 The narrative of opportunity and independence that accompanied the “settlement” of Dakota Territory has found new life in the Bakken oil fields of North Dakota as old-timers and newcomers call upon the language of pioneers and homesteaders to make sense of the region’s transformation.  An early paragraph in the “Pre-Amble” of Marshall’s most recent novel, Dakota, Or What’s a Heaven For, literary historical fiction set in late-19th-century Dakota Territory, could have been written about the Bakken today:  “That narrative of independence remains as powerful, as false, as necessary as ever in the Dakotas.  It has become our fetish, replacing the lost object of desire, the impossible place that never was.”  Brenda K.  Marshall will read from Dakota, Or What’s a Heaven For, a novel that opens a window onto the history of a place little known and often misunderstood.   At this EnviroThursday, Brenda will share her perspective as an author who thinks about the language of oil, economics, and the environment through fiction.

Brenda K. Marshall is the author of two novels, Dakota, Or What’s a Heaven For (North Dakota Institute for Regional Studies, 2010) and Mavis (Fawcett-Columbine, 1996) and the monograph Teaching the Postmodern:  Fiction and Theory (Routledge, 1992).  She teaches in the Department of English Language and Literature at the University of Michigan, and is at work on a new novel about love, loss and opera.

This EnviroThursday is co-sponsored with the Macalester English Department. 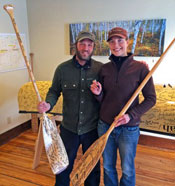 “Paddle to DC:  Protecting Our Precious Waters”
Speakers:  Dave and Amy Freeman ’04, Executive Director and Director of Development of the Wilderness Classroom

2014 National Geographic Adventurers of the Year, Dave and Amy Freeman, spent 100 days paddling and sailing from Ely, MN, to Washington D.C. during the fall of 2014. The reason? To protect the Boundary Waters watershed from copper mining in a sulfide-ore body. Signatures on their canoe were from people petitioning the federal government to protect the Boundary Waters watershed.

During this presentation, Dave and Amy will share information about the the threat that the proposed mines pose to the BWCA watershed, their 100 days of adventure activism and the current state of the Save the Boundary Waters campaign. Come to learn about this important issue, the Freemans’ 3-month adventure by water to D. C. and how you can help protect the nation’s most popular wilderness area.

Please join this year’s Environmental Studies Senior Seminar as they present and discuss their work on their capstone project. This year the seminar constituted itself as an environmental consulting firm, taking on as its client the local group Community Power, a coalition of organizations and residents of Minneapolis who have been engaged in a campaign to reform that city’s energy system along more democratic and environmentally sound lines. As part of its Minneapolis Energy Options campaign, Community Power developed a model curriculum to educate Minneapolis residents about the complicated ways that cities and utility companies ensure that everyone has reliable access to electricity and natural gas–and how better systems for doing so might be developed. But they had trouble figuring out how to adapt this curriculum, which they designed for use in small “house party” settings, for a broader, web-based audience, and asked us to help them solve this problem. Join us to hear about how we responded and what we have done.

Trained as a physicist and working as a mathematician, Dr. Maria D’Orsogna is also a hands-on activist fighting to protect the Italian countryside and seas from Big Oil. In 2007, Maria first learned of proposed oil activities in her home region of Abruzzo, Italy. The oil company ENI planned to uproot century-old wineries to build oil wells, a refinery, and a 7km pipeline to the sea. Using social networks and grassroots awareness-raising, Maria travel led from town to town in Italy educating local citizens about environmental and health effects and exposing political corruption. Thanks to public uproar and opposition, ENI was forced to abandon what it had once touted as one of its most prominent Italian projects. Subsequently, Maria, popularly called “the Erin Brockovich of Abruzzo,” has led several other anti-drilling campaigns, both onshore and offshore. In this talk, she will share her story of unanticipated environmental activism.

Maria D’Orsogna received her Ph.D. from UCLA, her M.S. from the University of Maryland, and her baccalaureate from the University of Padua, all in physics. She is an associate professor in mathematics at California State University, Northridge, and a visiting professor of biomathematics at UCLA. D’Orsogna has held multiple National Science Foundation research grant, authored more than 40 technical publications in applied mathematics, physics, and biomathematics, and is the winner of numerous awards.

This EnviroThursday is co-sponsored with the Mathematics, Statistics, and Computer Science Department and the Institute for Global Citizenship.