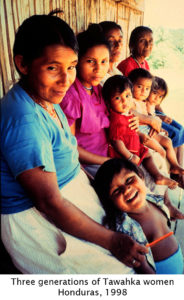 What does it mean for biodiversity conservation when the indigenous populations of some of the hemisphere’s most iconic protected areas begin to grow? For many conservationists, their alliances with indigenous organizations is founded on an understanding of small and even “endangered” indigenous populations. But growing evidence shows that compared to their demographic precarity even a few generations ago, many groups are experiencing rapid and sustained population growth, particularly in Central American countries like Honduras. How can we think about these dynamics in new ways–in terms of ethno-territorial persistence and new opportunities for indigenous land rights?

This EnviroThursday is co-sponsored by the Environmental Studies and Geography Departments.

José Luis Villaseñor will speak about Tamales y Bicicletas, a local non-profit he founded.  The organization works to decolonize environmental and food justice through urban farming, bikes, and cultural resistance efforts.  He will also share how his commitment to decolonization eventually led him to work for the Minnesota Pollution Control Agency as their Environmental Justice Outreach Coordinator.

The dominant narrative concerning fire in Upper Great Lakes pine forests is one of infrequent fires that burn severely. This narrative has shaped concepts of fire management and forest restoration for several decades, but perhaps, needs some revision and modification. Recent reconstructions of fire history in red pine forests using tree ring analysis have revealed the complexity of fire activity in these forests over the last 300 years. In red pine forests, fires have recurred at a remarkably frequent rate, with fire return intervals largely less than 20 years in most areas studied, at least until recently. The frequency of fire in these landscapes raise questions concerning the relative roles of people in augmenting fire regimes relative to natural ignition sources such as lightning. If people made substantial contributions to the fire regime responsible for shaping these forests, how then should we view a concept of ‘wilderness’ that is largely devoid of people as integral ecosystem components? Using the information encoded in tree-rings, Kurt has reconstructed fire history in a growing number of locations in the Upper Great Lakes to better understand how fire operated as a disturbance agent in the past. His research presentation will discuss the relative roles of people, primarily the Anishnabeg, as important agents of fire ignition in Upper Great Lakes pine forests between ca. 1736–1900. Using dendrochronological approaches, Kurt will discuss spatial differences in fire patterns related to use patterns along the Border Route in the Boundary Waters Canoe Area Wilderness. Additionally, he will discuss new approaches to considering fire for cultural-use purposes, or to put it another way, de-colonizing the fire regime.

Kurt Kipfmueller earned his BS in Geography and Earth Science at Central Michigan University, an MA in Geography at the University of Wyoming, and a Ph.D. in Geography, while working at the Laboratory of Tree Ring Research at the University of Arizona. He has conducted extensive research on fire, climate variability, and mountain pine beetle epidemics in the Northern Rocky Mountains, and in general his work is focused on the development of disturbance histories. Shortly after joining the faculty at the University of Minnesota, he refocused his research efforts, at least in a geographical sense, on the coniferous forests of northern Minnesota, primarily focusing on climate variations in the past, but more pointedly on developing a better understanding of fire. In particular his work has centered on separating out the relative influence of people and climate on long term variations in fire patterns. In addition to his research, Kurt is also a Distinguished University of Minnesota Teaching Professor.

This EnviroThursday is co-sponsored by the Environmental Studies and Geography Departments. 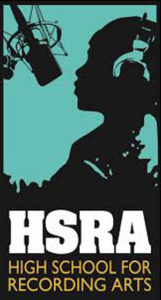 The High School for Recording Arts (HSRA) is a project-based, public charter school in Saint Paul integrated with a professional recording studio. HSRA gives new opportunities to students who may have dropped out or been pushed out from traditional schools. Students complete a high school diploma while simultaneously exploring the music business and other creative endeavors.

For the last three years, students from Psychology of Sustainable Behavior have collaborated with students from HSRA on a variety of sustainability-focused projects. In 2018, students worked together to improve the recycling system at HSRA. The larger goal of this effort was to engage the entire HSRA student community with sustainability efforts and to give HSRA students a chance to express their environmental concerns. HSRA students wrote and recorded a song, “Human Nature Shouldn’t Damage”, which was played at student gatherings.

In this EnviroThursday, HSRA teacher Renee Swanson, along with students from HSRA, will talk about their experience of this project and their other environmental work. They will perform “Human Nature Shouldn’t Damage” and other songs they have written and recorded.

Dr. Laalitha Surapaneni will discuss the adverse health impacts of the damage we are doing to our climate. Climate health impacts are geographical in nature, so she will outline impacts in Minnesota, United States, and worldwide with a focus on environmental justice. Given the current state of the climate crisis and the urgent need to address it at a legislative level, the lecture will be followed by a 20-minute workshop session with a goal to write letters to legislators urging them to action. This is an opt-in activity.

Dr. Surapaneni is a member on the steering committee for 100% Minnesota campaign and an executive member of Health Professionals for Healthy Climate. She divides her time between patient care, teaching students about how climate change impacts health and advocating for environmentally sound policies. When she worked as a hospitalist at Johns Hopkins Bayview, she testified for the Maryland Department of Environment on environmental justice impacts of a local incinerator. She was also part of a campaign that worked to pass landmark climate legislation to limit crude oil trains passing through Baltimore city. In Minnesota, she was invited to give health expert testimony at the State Capitol. She is currently working on clean energy and electric transportation legislations. 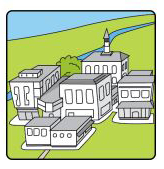 For most of our existence, humans have had direct and continuous relationships with the resource systems (water, energy, food) that support us.  Modern industrialized life is radically different:  we spend most of our time in buildings that render resource systems invisible.  We no longer know where our water, energy, and food come from, and do not see the environmental costs associated with their procurement.  This talk will describe Environmental Dashboard, a multi-faceted feedback technology that makes resource use visible and promotes more sustainable behavior in psychologically impactful ways.  Preliminary data demonstrating the effectiveness of Environmental Dashboard will be presented.

Cindy McPherson Frantz is a social and environmental psychologist who researches humans’ relationship to the natural world and how to promote sustainable behavior.  Her projects include using feedback technology to encourage conservation behavior, understanding the impact of connecting to the natural world, and discovering ways to promote systems thinking.  Cindy also directs the Community Based Social Marketing Research Lab, a collaborative research program between faculty, students and staff to develop, test and promote behavior change programs that reduce Oberlin College’s carbon emissions.

This EnviroThursday is co-sponsored by Environmental Studies and Psychology Departments. 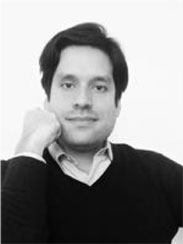 In this presentation, Dr. Alvaro Artigas will discuss the current developments in the research on rising metropolis in the Global South. Recent strategies being deployed in major metropolis in Asia and Latin America, seek to ensure a transition towards a low carbon economy without compromising the prospects of economic and social development. While emerging metropolis have subscribed to relevant medium term goals, they are often far from becoming post-carbon cities, as a result of an endemic lack of coordination within and between local, national governments and relevant city stakeholders. Drawing on research carried out in South East Asia and South America, this presentation will explore the current predicament of city development in contexts of rapid economic growth.

Topics will include the transition towards a cleaner energy mix through the development of new energy sources; the management of hydric resources and their conservation in spite of urban growth; the promotion of new mobilities combining sustainable and soft modes of transportation.

Dr. Artigas holds a PhD in Political Science and Political Economy (summa cum laude) from Sciences Po. His dissertation focused on the territorial distributive consequences of foreign trade policies and business interests interactions of Brazil and Russia. He has master’s degrees from European University at St. Petersburg in Comparative Politics, from Science Po in Political Science and European and Russian Studies and (with honors) and bachelor’s degrees from the National Institute of Oriental Languages and Civilizations in Slavic Languages and Culture and from Sciences Po in Political Science and International Relations. His recent work has focused on green growth and development strategies in emerging economies from a comparative perspective, exploring policy transfers of low carbon economy framework programs in Europe, Asia and Latin America

This EnviroThursday is co-sponsored by the Environmental Studies Department and the Center for Study Away.

Over the past decade, conflicts over crude oil and natural gas pipelines have gained increasing public attention and shaped national, state and local politics, including Presidential politics.  In 2008, Paul Blackburn participated in the first tar sands campaign strategic planning meeting, and between then and now has worked as an attorney, expert, and strategic consultant on the Keystone XL, Alberta Clipper, Sandpiper, Line 5, Line 66, and Line 3 campaigns.  His clients have included organizations such as Dakota Rural Action, Bold Nebraska, the National Wildlife Federation, Minn350, and now Honor the Earth.  His opponents have included Enbridge, TransCanada, and the oil industry.  While much ink has been spilled in the press about pipeline fights, what’s it like to advocate and work for environmental nonprofits in environmental campaigns, and what lessons can be learned from a decade of conflict over pipelines?  And, how can your experience at Macalester prepare you to protect what you love?

Paul graduated from Macalester with a degree in Biology in 1983 and received a J.D. from Boston College Law School in 1988.  He has worked in a very wide range of environmental and energy issues, including climate change, coal power plant and mine development, wind and solar energy development, fuel cell development, marine fisheries, national forest protection, public transit, local land use protection, mining, endangered species, and power lines.  He has served clients and communities as an attorney, grassroots organizer, campaign organizer, lobbyist, and strategic consultant.