In April 2014, Flint, Michigan switched its drinking water supply from the Detroit water system to the Flint River as a temporary means to save $5M. Over the course of eighteen months, it was revealed that the switch exposed residents to dangerous levels of lead, culminating in an emergency declaration in October 2015. In this presentation, Prof. Lade will examine economic impacts as this crisis unfolded. It is estimated that averting expenditures since the switch have exceeded $20M and the value of the Flint housing stock has fallen by $345M to $500M. Over this same period, state and federal spending has exceeded $343M.

Gabe Lade is an applied microeconomist. His research studies environmental policies in the agricultural and energy sectors. He has held various affiliations currently and in the past, including with the Center for Agricultural and Rural Development at Iowa State University, the Dyson School of Applied Economics and Management at Cornell University, and the National Bureau of Economic Research.

This EnviroThursday is co-sponsored by the Environmental Studies and Economics Departments. 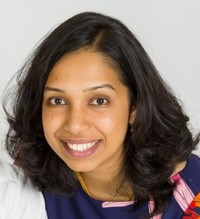 As human consumption increases, environmental degradation also steadily rises. Recycling is one way to stem this rise in degradation. The Economics literature has told us that social norms could be used as a tool to provide for public goods. Ashwini uses a theoretical model to build the framework for recycling behavior at the household level. Here, she shows that as social norms of recycling increase, recycling rate increases and waste per capita declines. Using data from Minnesota spanning 18 years, she will show in an instrumental regression framework that as social capital index increases, waste per capita does indeed decline significantly. However, we don’t see any evidence of an increase in recycling rate with an increase in social capital.

Ashwini Sankar is a post-doctoral researcher at the Carlson School of Management, working in the areas of health and environmental policy. Previously, she graduated with a PhD in applied economics from the department of applied Economics at the University of Minnesota in 2019. Prior to doing her PhD, she has a decade of experience in the analytics space in the pharmaceutical and consumer goods industries.

This EnviroThursday is co-sponsored by the Environmental Studies and Economics Departments.

Sharing your climate story with a broad audience can be challenging, but you can influence hearts and minds with personal stories, and solutions-based narratives. Learn about the power of personal narrative when talking about climate change. Together we will walk through a series of prompts to help you think about your own personal climate change story and share ideas for how to use your voice to create change!

Jothsna Harris leads Climate Generation: A Will Steger Legacy’s Community Engagement program. Jothsna is skilled at building community resilience and capacity through fostering multi-stakeholder alliances and connects people together through the power of storytelling.  Jothsna’s work includes innovative programming designed to empower climate champions and normalize climate change, including the award-winning Climate Conversation series in partnership with Three Rivers Park District, the Talk Climate Institute, 2017-18 Youth Convening Minnesota, and award-winning 2014-16 Climate Minnesota project. Jothsna is a recipient of the CERTs Women in Energy awards, and holds dual BA’s in Environmental Studies and Political Science from the University of Saint Thomas.

Changes in forest cover and climate are expected to shift water cycling along key ecosystem boundaries, such as the northwoods of northern Minnesota. Disproportional winter warming could change spring flooding in particular. Additionally, changes in land cover may interact with climate change to affect flooding in unknown ways. However, many studies on the effects of forest cover change on flooding occur in very different regions with mountainous terrain and bedrock close to the soil surface, in contrast to the glaciated upland-wetland systems found in Minnesota and broadly along the boreal-temperate transition zone. In this talk, we will explore how hydrologists have investigated and disentangled climate versus land use effects on flooding, engaging with ongoing work at long-term experimental watersheds and how the state of our knowledge of the forest-flood relationship has changed through the years. This includes discussing ongoing work to develop a new approach to flood analysis using data from watershed experiments at the Marcell Experimental Forest in north-central Minnesota.

Cultural affiliation and social identity play an important role in the communication of environmental information, especially around the growing climate crisis. This talk illustrates the impact of social identity on the communication strategies used to encourage climate change action among self-identified hunters and fishers in the U.S. Contemporary hunters and fishers are a community situated at the intersection of seemingly opposed social identities—members generally identify as rural political conservatives, but environmental conservationists. Hunters and fishers who want to galvanize action on climate change within this politically-conservative community therefore use many linguistic resources to balance their commitments as both politically- and environmentally-conscious actors. This talk specifically explores their use of two types of linguistic resources—regional accents and spatiotemporal framing—that allow speakers’ reinforcement of their sociocultural positioning while at the same time encouraging climate action.

Jessica Love-Nichols’ research focuses on gender, class, and regional identities—how people position themselves and others linguistically and ideologically—and especially on the relationship of language and identity to environmental conservation.

This EnviroThursday is co-sponsored by the Environmental Studies and Linguistics Departments.