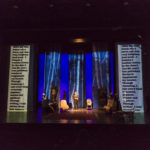 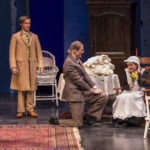 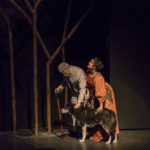 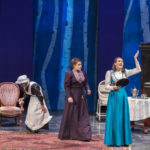 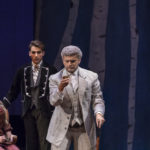 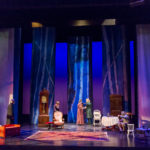 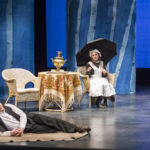 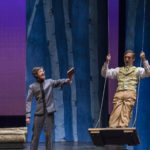 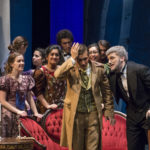 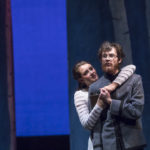 Anton Chekhov (1860-1904) is one of the great writers in Russian and world literature.  In his short life he was a medical doctor who published hundreds of short stories.  In the last nine years of his life, Chekhov wrote four, full-length plays for the new Moscow Art Theatre — and those productions launched a new system of acting and directing that would influence Europe and America for decades.

The Cherry Orchard was Chekhov’s last play.  A formerly aristocratic family is mired in debt, and they must sell their estate, let their servants go, and adapt to the new twentieth century.  Chekhov wrote the play while he knew he was dying of tuberculosis, and the play is full of foreboding about change, and hope for the future.  The famous characters are nostalgic for their lost leisure and courageous as they face new ways of life.  Beth Cleary, the production’s director, chose the play because of its concentration on endings — and beginnings.

Cleary is in her 25th year as a director and Theatre professor at Macalester.  She is joined by Brian Johnson, a 1993 Macalester graduate and a visiting professor in the German and Russian Studies Department, who will serve as dramaturg and translator on this production.  Johnson was an actor at Macalester and will be acting in this production.  Megan Reilly, Assistant Professor of Theatre & Dance, is designing lights and projections, and Daniel R. Keyser, professor emeritus of Theatre & Dance, is designing scenery.  Lynn Farrington, a member of Macalester’s artistic staff for over 30 years, is designing costumes.  Gwyneth Shanks ‘10 is choreographing the production, and local professional sound designer and musician Michael Croswell is designing sound.

Students in the cast hail from Bloomington and Woodbury, Minnesota;  from New York City and Nashville and New Orleans, and from Peru and Cyprus.