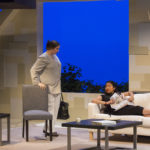 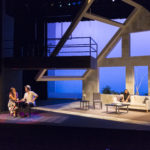 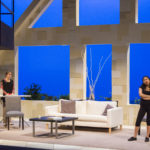 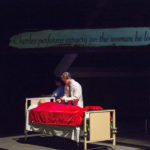 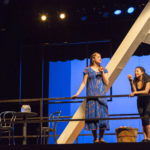 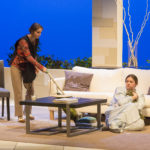 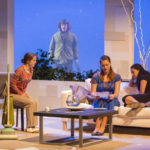 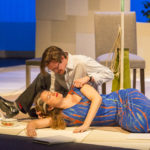 Ruhl’s The Clean House is a 2005 Pulitzer-nominated play. Settled in the not-so quaint California home of a middle-aged couple, Lane and Charles, upon the arrival of Matilde, the new maid. The Clean House takes us on a journey where a clean house can sooth or anger, apples can delight or puzzle, and the search for the funniest joke in the world has the potential to both heal and kill. The five-member ensemble searches for the answers, embroiled in their affairs, relationships, and musings.

Stephen Yoakam, the director of The Clean House, is an actor and a longtime member of the Guthrie Theater’s acting company. Yoakam’s career ranges from extensive on-stage theater productions to film and television. He has appeared in more than 75 productions in the Guthrie, including The Crucible, An Iliad, Tales from Hollywood, The Birds, A Midsummer Night’s Dream, Oedipus, A Christmas Carol, As You Like It, Othello, and The Screens. Yoakam starred in Star Trek: Deep Space Nine, as well as the films Heaven on Earth, Sweet Land and Older than America. He also narrated productions of Peer Gynt with The Minnesota Orchestra. Yoakam was awarded the 2013 McKnight Theater Award and the 2011 City Pages Best Actor.