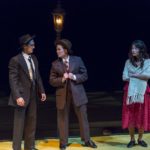 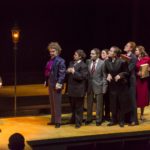 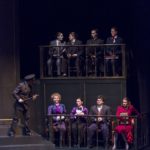 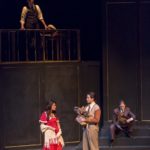 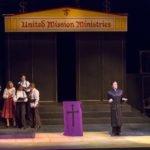 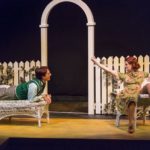 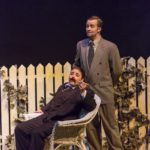 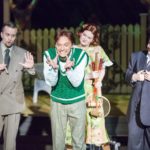 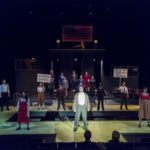 The Cradle Will Rock

“The Cradle Will Rock”, a collaboration between the Theatre and Dance Department and the Music Department, is set in 1937 Steeltown, reminiscent of old time Chicago. This show brilliantly emphasizes the divide between laborers and proprietors through the contrast of Mr. and Mrs. Mister, the excessively lavish and corrupt first couple of Steeltown, whose hands are in every institution, against the grungy lives of the unionizers led by Larry Foreman, the confident and incendiary union organizer. This musical drama illuminates the social, political, and economic chaos in the United States after the Great Depression, when unemployment, government corruption, and greed ran rampant.